Why I now believe phytoestrogens may be good for you 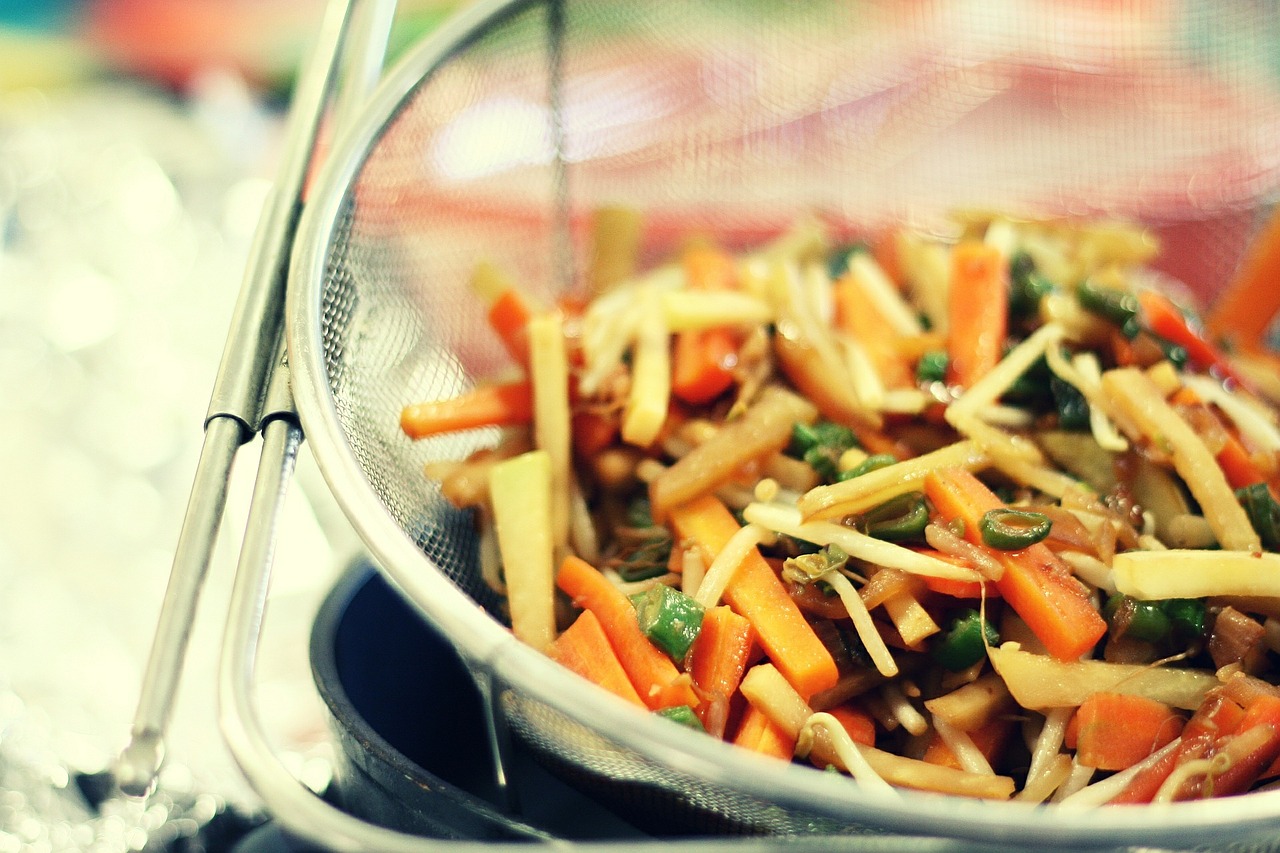 I write and talk about phytoestrogens on this blog a lot.

Phytoestrogens are estrogen-like compounds that come from plants, and are found in particularly high quantities in soy and flax seeds. Lower quantities of phytoestrogens can be found in all legumes and nuts, such that women with sensitive hormonal systems may find themselves reacting to chick peas, black beans, or macadamia nuts (all foods that I personally react to).

Most paleo authors are hard-liners on the issue of whether we should consume phytoestrogenic foods: the answer is “no.”

Why? Their concern is that the hyper-estrogenic character of the phytoestrogens in the Standard American Diet contributes to inflammation, to the feminization of the male body (such as development of breasts, which is true), and to cancer. These are all considerable risks and I take them very seriously.

When I first began writing in the paleo blogosphere I considered it my duty as “the female paleo expert” to get to the bottom of the phytoestrogen issue fairly and come to the right conclusion about them. Yet after diving deep into the literature I found more questions than I did answers.

You can see why it’s so complex.

Looking at data from studies on women and from collecting my own data working with women, I developed my own beliefs about phytoestrogens and what to do about them. As far as I could best tell, phytoestrogens would increase estrogenic activity in many respects for women with low estrogen levels but also perhaps decrease it in other respects. As for women who have high estrogen levels, phytoestrogens may help decrease this excess, since they take up space on estrogen receptors but  are not as potent as the body’s own estrogen stores.

That seems to satisfy people well enough, and it really is the most truthful recommendation I can make.

Today I am able to augment that recommendation since I have discovered a bit more clarity about the issue and. Here is, in a nutshell, what I’ve learned:

The body has two types of estrogen receptors

As I have mentioned, the body has two types of estrogen receptors: alpha and beta.

When estrogen receptor alpha is dominant, estrogenic activities in the body get carried out.

When estrogen receptor beta is dominant, on the other hand, estrogenic activities in the body are suppressed.

Now, as I mentioned before, different tissues in the body have different amounts of the two receptors. And, very importantly, different environmental conditions can contribute to the success of one over the other. Having a robust gut flora population, for example, supports estrogen receptor beta activity. The gut flora have a lot of different impacts on hormone levels (healthy gut flora will help break down old hormones and excrete them, for one, or can selectively reabsorb estrogen back into the bloodstream). In this particular case, they help estrogen receptor beta keep a lid on runaway estrogenic activity in the gut and at the gut-bloodstream barrier.

So then what happens when we consume phytoestrogens?

Now of course, different phytoestrogens will do this to different extents, though lignans, some of the most common phytoestrogens and those found in soy, do have this ER-beta enhancing effect.

As a quick aside and demonstration of how this might work in an individual, some of you may remember that I struggle with acne. I noticed that when I consumed phytoestrogens the quality of my skin got worse, despite the fact that estrogen is supposed to help with skin quality. Skin cells have a plethora of estrogen receptors beta, however. So even while I was consuming a plant-based estrogen and even while some estrogen recpetors alpha were certainly active in other parts of my body, my skin quality suffered because the phytoestrogens actually decreased the estrogenic activity in my skin.

This may also be important for particular cancers, specifically the female cancers like breast and ovarian cancer, and also gastroenterological cancers like colon cancer.  Like this article demonstrates, “the ER alpha/beta balance seems to have a relevant influence on colorectal carcinogenesis and ER beta appears to parallel apoptosis, thus exerting an anti-carcinogenic effect.” Increasing phytoestrogen consumption may promote ER beta activity, which can lower estrogenic potency in the body as a whole, thereby decreasing the risk for certain cancers.

Of course, there are still very many studies to be done for any of this to be certain, though most professionals in the medical field are interested in the possibilities for phytoestrogens to play a (small) role in cancer prevention and remediation.

Plant estrogens increase the activity of ER beta and can therefore reduce estrogen dominance, risk of certain cancers, leaky gut, inflammation in the gut, and more.

Estrogens that are synthesized in the laboratory, however, have a much more potent estrogenic effect. For what I can tell of perusing the literature, these estrogens do not have the same bias for ER beta. They activate both ER alpha and ER beta, and therefore do not limit estrogenic potency in the body, but instead may simply directly increase it. They also appear to increase inflammation and risk of disease in the gut, as illustrated by this study.

The body has many mechanisms in place to help modulate estrogen levels in the blood: the liver filters out excess, “old” hormones for example, and the pituitary gland produces less estrogen of its own if its detects higher levels of circulating estrogen in the bloodstream.

But those may not be sufficient to handle the extra estrogen load that comes from the birth control pill and high levels of hormone replacement therapy. From what I can tell, any time you signficant reduce pure estrogen levels above what is “normal” or “healthy” you increase your risk for a lot of things, including inflammation, mood swings, ulcerative colotis, colorectal cancer, breast cancer, ovarian cancer and uterine cancer.

First and foremost, I think the best thing to do for  women who eat a paleo diet is “not all that much different.”

I think it may be wise to re-consider our ban against soy and other phytoestrogenic foods, particularly for  women who are estrogen dominant. In fact, I recommend at very least that estrogen dominant women experiment with a very small serving of soy or flax, or a moderate serving of chick peas or other beans, daily for two weeks to see if positive changes happen.

I think women who are going through menopause may wish to seriously consider consuming phytoestrogens to see if it helps alleviate symptoms. This can help with some menopausal symptoms by increasing ER alpha activity to some extent, but will most likely prevent increasing the risk of cancer by the complementary increase in ER beta. There is a chance phytoestrogens will simply make your own symptoms worse, but there is enough evidence out there to suggest  it is worth a shot.

The potential risk of elevated estrogen levels from supplementation does not mean I am necessarily against using pharmacological estrogen for various conditions: sometimes it is entirely appropriate to take estrogen supplements. For example, when going through menopause, small doses of hormones may be more helpful than harmful, as a low dose of estrogen will most likely not overwhelm estrogen receptors alpha and beta. This can be a great way to alleviate symptoms, especially in the short term, though as I mentioned above the phytoestrogenic route may be preferable. For  another example, low dose estrogen therapy may be crucial for women with chronically low estrogen levels to help boost bone health, for example. For a final example, if a low enough dose and in good balance with progesterone, birth control pills may be an acceptable method of family planning.

Nevertheless, most data on the relationship between HRT and cancer seems to indicate that there is something worrying there that needs further investigation. My preference for women who are in menopause or otherwise have low estrogen levels is to try to fix things with a nourishing, relaxing paleo approach first, to try playing with phytoestrogens second, and then as a last resort go on a low dose therapy.

…And this, then, is why I now believe phytoestrogens may help reduce the risk of certain diseases and cancers for women, particularly those of us who are estrogen dominant.

Every body is different, but this may be an important piece of information that helps you figure out what the best path forward is for you! As I always say, I am a big fan of personal experimentation.

If you’ve personally done studies on yourself or noticed effects that different phytoestrogens have, please chime in! This is a hugely complex area of health and research… I need all the help and wisdom I can get! 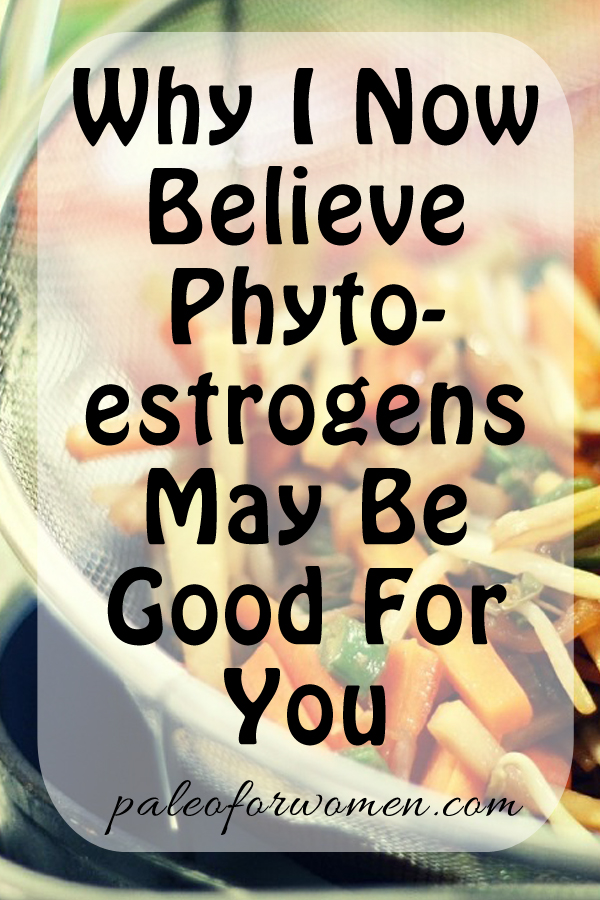 Note - some links above may contain affiliate links. You don't pay more, but we get a small cut to help keep this organization running. It's tough to balance ethics with the need to stay alive. Thank you for your patience and understanding!
.
Tweet
Share78
Pin32
Share2
110 Shares