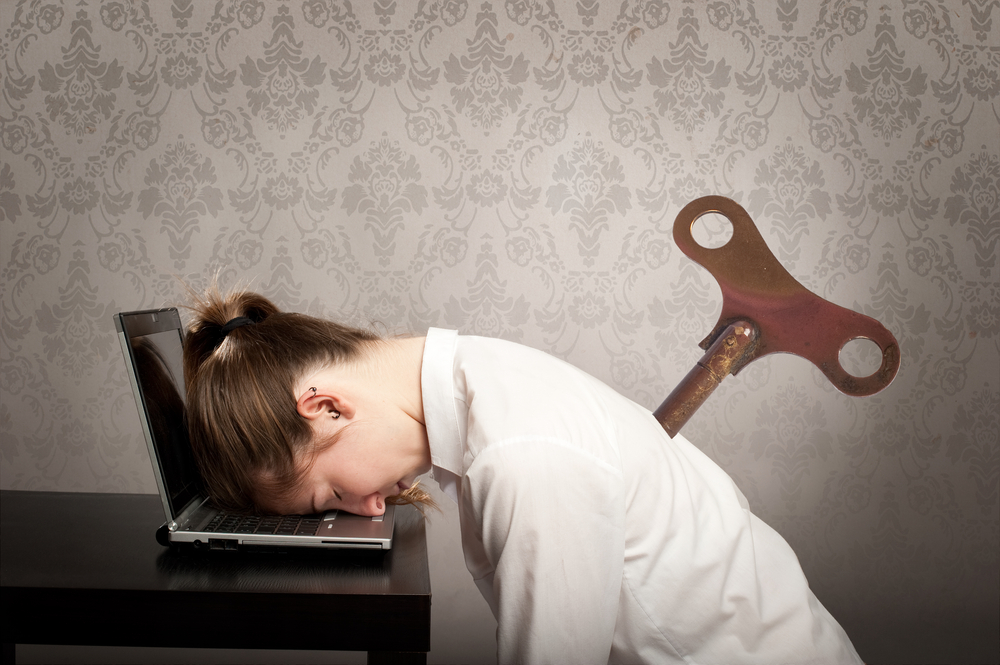 If you’ve been around the paleosphere for any significant amount of time, you’ve probably heard of Adrenal Fatigue.

In Adrenal Fatigue, so the theory goes, chronic stress causes the adrenal glands — the part of the body responsible for managing stress — to weaken over time.

People who experience Adrenal Fatigue are said to suffer from chronic fatigue, intense sugar and salt cravings, irritability, a run-down immune system, difficulty waking up in the morning, and an inability to copy with daily tasks despite seemingly adequate sleep.

Now in the paleosphere, adrenal fatigue is sort of taken as a given. Like, of course it’s real. But there are a lot of people in the world who beg to differ.

After digging deep into both sides of the issue, I have come to the conclusion that while there are very real ways in which the adrenal glands can malfunction, weaked adrenals simply isn’t one of them.

So what I bring to you today is why I believe the Official Concept of Adrenal Fatigue As People Talk About It probably doesn’t exist.

The term “Adrenal Fatigue” was coined as recently as 1998 by Dr. James Wilson. According to Wilson, if you experience any of the following symptoms, “you may have adrenal fatigue”:

Now – is it just me, or might just about everybody on the planet experience this from time to time?

Of course that could be because everyone in the world suffers from adrenal fatigue. It could also be because there are literally dozens of medical conditions that cause these symptoms.

The medical community refuses to recognize adrenal fatigue as a real problem. Why? Some proponents of Adrenal Fatigue Theory believe that this is because of inadequate testing. For example,  the range of acceptable cortisol levels according to the medical literature is too broad, they say. This is a fair critique! The “acceptable range” for cortisol levels in the afternoon according to standard medical procedures is .01-.33. That’s a 3000% percent difference. I’ll say it again: that’s a fair critique! Perhaps the medical community needs to become more sensitive to small changes in cortisol levels.

I find this to be the best critique out there. Nevertheless, even abnormal cortisol levels does not prove that adrenal fatigue is the cause of it.

In fact, the medical community recognizes many conditions that can cause low cortisol levels. One is Addison’s disease, which is an autoimmune condition that attacks the adrenal glands. Another is called “adrenal insufficiency” which happens when the pitiutary stimuli to the adrenals decreases for one reason or another. Official “Adrenal Insufficiency” diagnoses are relatively rare, but it is diagnosed. Adrenal Fatigue doesn’t make the cut as an adrenal disorder because there is still just about zero reason to believe it is a real, clinical thing.

The burden of proof

This is my main problem with adrenal fatigue:

Every hypothesis is saddled with the burden of proof. That’s just how science works. If you have a hypothesis, it’s your job to back it up. I just don’t see it happening with adrenal fatigue. Now, I do of coruse recognize that there are a few ways in which adrenal function may suffer… of course there are. But it’s not because the adrenal glands stop working.

Before going any further, it’s important to recognize that adrenal dysfunction is a real thing we see happen all the time.

By “dysfunction,” I mean, the adrenals work at the wrong time of the day.

Most of us know what this is like from personal experience. We need a crane to get us out of bed in the morning, for example, but lay awake in bed wide-eyed for hours before we feel tired enough to fall asleep.

When you are under a lot of stress, when your diet is poor, or when your sleep is insufficient or delayed, then your adrenal glands may get off schedule.

This is a real problem. The way to fix it is to treat yourself as lovingly as possible, and with as regular a schedule as possible. It does not mean that the adrenal glands are broken. It only means that they need to be ushered back on track.

My two hypotheses for what actually happens in “Adrenal Fatigue”

Glands in the body don’t “get tired.” That’s like saying that your heart is going to beat more slowly from now on because it beat too fast for the last year. Or maybe a better analogy is that the pituitary gland would stop working because “its tired” (is there such a thing as too much sex?!).

That doesn’t seem very feasible to me. But other things to me seem biochemically feasible. Here they are:

Cortisol is a hormone. It seems entirely plausible to me that the body’s cortisol receptors can become resistant to cortisol signals due to inflammation, stress, and chronic cortisol abuse.

In the event of inflammation, stress, and chronically elevated insulin levels, cells simply stop being able to receive the cortisol signal as easily as they did before.

If this is in fact a real thing, then cortisol, and maybe even adrenalrine will be produced in higher and higher amounts in order to try and convince the stress signal to go through. That’s not an awesome thing, and would in theory lead to alternating periods of very high and very low energy.

The solution to this is simple stress reduction. You can also support your adrenals with all the vitamins it needs. I discuss these below. Yet the problem of excess cortisol production (and timing dysregulation) will never go away if the stressful stimulus is not dealt with. Period.!

This is my personal favorite hypothesis of what “adrenal fatigue” really is – it’s what I think is probably one of the major players if not the major player in adrenal problems that people experience.

The adrenal glands need the proper vitamins and minerals to work right. They also need healthfully functioning pituitary and thyroid glands, as well as a vital set of kidneys and a healthy liver. The adrenal glands will not work if the tools it needs to get the job done are not available.

These are the vitamins you need to have in spades:

Vitamin C – Vitamin C is absolutely necessary for the creation of cortisol, adrenaline, and dopamine – and the synthesis of testosterone, cortisol, and aldosterone. It helps moderate these levels, too, if they’re too high.

B vitamins, particularly 5 (pantothenic acid), 6 (pyroxidine), and 12 (a great B complex here) – B5 helps to produce co-enzyme A, which contributes to cellular respiration and the breakdown of fats, proteins and carbohydrates. B6 acts in several of the pathways that are used to create adrenal hormones. And B12 helps with energy production, cell repair and the maintenance of our red blood cells. The amounts that you need of each are quite different, for example you should be aiming for 1000mg of B5, 50mg of B6 and 100mcg of B12 as a good starting dose.

Magnesium – Magnesium is responsible for opening channels on cell walls, which means that it both helps your body ramp up and is necessary to cool down.

Cod Liver Oil – inflammation can cause the adrenal glands to act up. Cod liver oil is great for counter-acting that – perhaps the best supplement for that of all.

Zinc – zinc not only supports the immune system, but also helps with insulin resistance. Blood sugar swings cause the adrenal glands to panic, so zinc can really help with this. Chromium and copper are also thought to help with this. (As it magnesium!)

CoQ10 – CoQ10 is necessary for producing energy and growing and maintaining your cells. Good food sources include beef, sardines and various organ meats, but if you are not getting enough from food then this is a good supplement.

Even while I have those two hypotheses I just shared about adrenal health, it’s still important to remember that the symptoms of adrenal fatigue can be caused by many other things! Remember the list of symptoms? Fatigue? Craving sugar and salt?

Here is a list of what I think are the most common causes of fatigue:

–Stress causes hypothyroidism in many different ways. For one, it cuses the pituitary gland to decrease production of Thyroid Stimulating Hormone, which inhibits thyroid activity. For another, stress causes the liver to decrease conversion of thyroid hormone T4 to T3, which also radically reduces energy levels. Finally, stress causes inflammation, which causes thyroid hormone resistance. With decreased thyroid functionality you will definitely experience fatigue.

–Adrenal and circadian rhythm disruption causes REM sleep and deep sleep quality to be disturbed, which causes reduced energy during the day, sugar and salt cravings, irritability, and depression and other and mood disorders.

–Low iron and iron-deficiency anemia may cause extreme fatigue

–Low intake of B vitamins may cause anemia and fatigue

–An imbalance of neurotransmitters, particularly of serotonin, dopamine, and GABA, will cause fatigue, mood disorders, cravings, and just about every symptom under the sun.

–Severe testosterone, estrogen, or progesterone insufficiency such as may be experienced in a hysterectomy, in severe menopause, or in other radical hormone imbalances can cause adrenal fatigue symptoms.

–Leaky gut can cause neurotransmitter insufficiency as well as inflammation, two things that hurt the stress response and can cause adrenal fatigue symptoms.

Okay so this has been one monster of a post! But we have covered so many things! Here they are, in sum:

1. “Adrenal fatigue” as it is classically described probably doesn’t exist.

2. It is possible that inadequate nutrition is being supplied to the adrenal glands, so in addition to reducing stress the best thing you can do for your adrenals is to nourish them as best as possible with bountiful:

magnesium (my favorite), and

CoQ10 (a high absorption one I once used)

3. There are many potential causes of fatigue. Even while the adrenals are super important to support, don’t forget that there are other parts of the body that absolutely must be nourished to feel energetic and happy, too!

What is your experience? Agree with me? Think I’m crazy? I’d love to hear what you think!! Please feel free to open and change my mind! 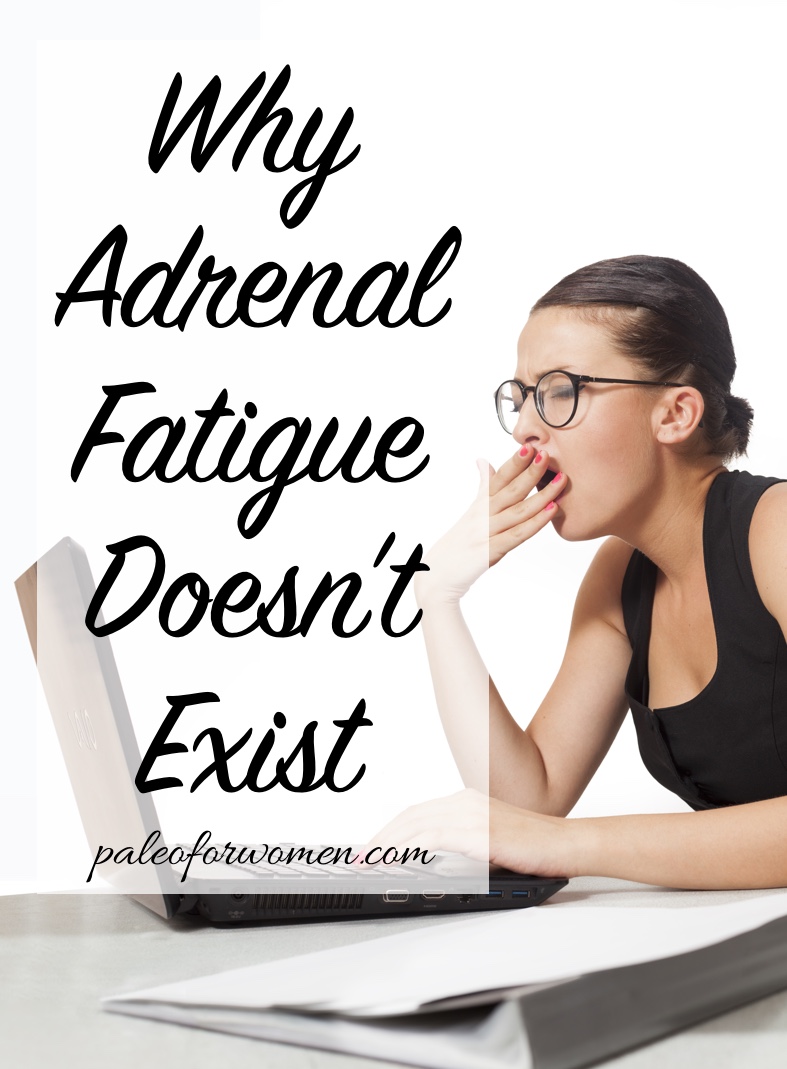 Note - some links above may contain affiliate links. You don't pay more, but we get a small cut to help keep this organization running. It's tough to balance ethics with the need to stay alive. Thank you for your patience and understanding!
.
Tweet14
Share638
Pin273
Share3
925 Shares