What progesterone blockers do you eat? Tumeric, thyme, oregano, camomille, and other “phyto-progestins” 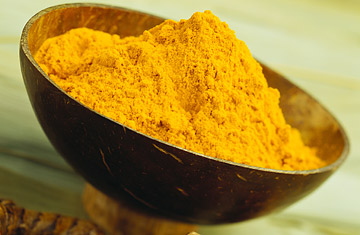 When doing some research on phytoestrogens earlier this week, I came across information on molecules that perform the same antagonistic activity but this time with progesterone.  I hadn’t thought of this before, though it seems obvious to me now.  If some herbs and foods are going to interrupt with estrogen receptor activity, then some are going to interrupt with progesterone, too.

Dr. David Zaba is somewhat of an expert on the progesterone issue, and the bulk of the information I have dug up comes from his research.  This article is based primarily on his article estrogen and progestin bioactivity of foods, herbs, and spices.  That’s the pub med link, at which you can read an abstract.  I had a horrible time finding the whole thing, but finally did here!

Zaba’s investigation found that there exist a wide variety of progesterone-inhibitors (as well as estrogen inhibitors, though I have discussed those at length already here and here).

Tables for the results can be seen here.

Using soy for a benchmark, with a value of 8 micrograms of estradiol equivalents per 200 g of substance, we can see how progesterone-binding compounds with values of 100 (that is, half as much as soy, so 4 micrograms of progesterone equivalents), 8, or 4 might be problematic for consumption in high quantities.   I would guess that only the ones that rank as high as 100 should even be considered blips on someone’s radar, especially someone with a fully healthy pituitary gland, but what follows is all of the information, just in case.  After all, a value of “8” listed below has around 1/12 the capacity of soy according to this research, which could be something someone would want to take into account.  That’s still higher than zero.

The herbs with the highest progesterone inhibiting activity are:

It is supremely important to note, however, and in my opinion, that these effects may be compensated for by the pituitary gland and not constitute any noticeable changes in complete body chemistry.  They may play a role in extraordinarily sensitive bodies, but this research is by and large quite limited.

There is some other interesting information in this article.

Aside from demonstrating that progesterone- and estrogen- containing compounds exist in a variety of herbs, this research also shows that they actively inhibit hormonal activity via tests done on women’s saliva.   All estrogen-related herbs were negative antagonists.  Most, though not all of the progesterones, were as well.

Some of the herbs and spices found to contain high phytoestrogens and phytoprogestins were further tested for bioactivity based on their ability to regulate cell growth rate in ER (+) and ER (-) breast cancer cell lines and to induce or inhibit the synthesis of alkaline phosphatase, an end product of progesterone action, in PR (+) cells. In general, we found that ER-binding herbal extracts were agonists, much like estradiol, whereas PR-binding extracts, were either neutral or antagonists. The bioavailability of phytoestrogens and phytoprogestins in vivo were studied by quantitating the ER-binding and PR-binding capacity of saliva following consumption of soy milk, exogenous progesterone, medroxyprogesterone acetate, or wild mexican yam products containing diosgenin. Soy milk caused a dramatic increase in saliva ER-binding components without a concomitant rise in estradiol. Consumption of PR-binding herbs increased the progestin activity of saliva, but there were marked differences in bioactivity. In summary, we have demonstrated that many of the commonly consumed foods, herbs, and spices contain phytoestrogens and phytoprogestins that act as agonists and antagonists in vivo.

This shows, again, that the antagonistic effects of phytoestrogens and phytoprogesterones are real if complicated, and the true effects of them in the context of the whole body unknown.  It’s worth re-stating the bold section of the abstract: “Soy milk [an example of a phytoestrogen] caused a dramatic increase in saliva ER binding components without a concomitant rise in estradiol. Consumption of PR-binding herbs increased the progestin activity of saliva, but there were marked differences in bioactivity.”  Soy displaces true estrogen, which blocks estrogen activity, and signals to the body to down-regulate production of estrogen.  This was my hypothesis in this article, as well.

The relative “different activity” seen in progesterone-binding activity is as follows.  The results are largely elevated over controls — neutral conditions — though some compounds inhibit activity in the saliva more strongly than others.

All of which is to say, as in the case with phytoestrogens, that these are not serious health threats in the slightest.  Unless you consume grams worth of these herbs every day you should not witness a difference–and perhaps not even then, depending on your personal physiology and response to these herbs.  This information is, again, just a note for those of us doing some serious personal experimentation and investigation, or otherwise interested.  It all just goes to show how imtimately we are what we eat.  On the other hand, this kind of data and the overwhelming complexity of it all may be an indication that we should throw nitpicky nutritionism out the window and just instead focus on eating real foods in decent balance.

Whichever suits you, your body, and your soul at this point in time.


Note - some links above may contain affiliate links. You don't pay more, but we get a small cut to help keep this organization running. It's tough to balance ethics with the need to stay alive. Thank you for your patience and understanding!
.
Tweet11
Share80
Pin49
Share
140 Shares