The Invisible Demographic: Important, Respectable AND Sexy At Every Age? 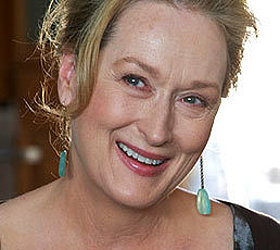 When I first started writing this blog, I did so because I perceived a dearth in both the medical and the popular literature on women’s health, particularly with respect to evolutionary perspectives.  We might talk all day along about insulin and obesity and heart disease.  But what about ovaries?  50 percent of the population has them.  Or what about depression, anxiety, acne, and gut dysbiosis, all conditions that affect women at much higher rates than men?   What about the enormous burden and joy and giving birth?   3 million 999 thousand women in the United States do so every year.  That’s 12,000 every day.  We needed to talk about women, and we needed to do so fast.

compared to women above the age of 45, reproductive women are virtually living in the limelight.

The answer is simple: women might be a pain in the ass, but at least the young ones are sexy.  That’s what society would have us believe, anyway.   Far more than we would like or that we would ever admit to, we reserve an enormous amount of a woman’s value based on her sex appeal.   Squirm your own way out of it however you want.  But it’s there, deep in your brain, I’d be willing to bet.  We can’t help it — this is the product of hundreds of years of conditioning and billions of dollars in advertising every year.   The value of a woman is skewed largely by her physicality (helllooo President Obama).  It is skewed largely, then, by her youth.  Largely by her reproductive fitness.  Largely by her virginity, her potential, her sexual wiles.

This is evidenced most obviously by the film industry.  From the Huffington Post:

A study released by USC’s Annenberg School for Communication & Journalism took a survey of the 4,342 characters in the top 100 grossing films of 2009 and compared it to results from the top films of 2007 and 2008. For women, nothing much has changed — in these top films, 33 percent of actors are female and 67 are male.

This means there are twice as many men in movies as women.

Only 17 percent of films are gender balanced, even though females make up half of the ticket-buying population.

Adding fuel to the fire, women are much more frequently sexualized when they appear on screen. They’re more likely to be seen in sexy clothing than men (25.8 percent to 4.7 percent — five times as much) and four times more likely to be partially naked (23.6 percent to 7.4 percent).

All of which is to say: I don’t have an easy answer.

How do we give older women the respect and love and attention they deserve?  How do we convince the rest of society to do the same?

De-objectifying women is the most important thing we can do in this case.  It will be the biggest help, if the most entrenched battle.  The more valuable women are for skills and personality, the less we will rank women based on physical appearance and sex appeal.   The more these non-physical values are emphasized, the more and more older women will find definition, liberation, and empowerment in all of the non-physical valuable traits they contribute to the world.  Right?  This is how it is supposed to work for all of us, in any case.

Someday we’ll get there.  We’re getting there.

I think film is a wonderful way to help us think about this issue and to identify the problems in our own brains.  Why are there virtually no films about or featuring older women?  Why are there films about older men?  How might we be able to combine and blur those lines?  If older roles are usually reserved for executives, mob bosses, and the like — well, women can do that every bit as well as men, can they not?

Another aspect of it is the expansion of sex appeal.   Don’t get me wrong — I don’t want any woman to be an object.  In fact, I don’t want any people to be objects.  Period.  Ever.  Obviously.  But I also want all people to be embodied and empowered in their own sex appeal.   Just because a woman has wrinkles does not mean she is not sexy, people!  What the hell!   Certainly, she may be out of fantasy range for most young adult males and females.  But that does not mean that she is a desexualized, de-feminized being.

Get the hell out of here.  The idea is unreal.  But we do it, don’t we?  We see and enable men living into sexual roles well into older age — we do it all of the time.  I’d leap into bed with George Clooney at the drop of a hat — who wouldn’t?  But what of Meryl Streep?  Helen Mirren?  The idea is less automatically appealing.  The sexuality of older women is egregiously overlooked and discouraged.  I shall not stand for it!

Huzzah!  This is a part of the revolution we can do ourselves.  As a community of women of all ages, we can reinvigorate our own sexuality however we see fit.  We can live into it.  We can be natural women — not sexy because we have botox and the ridiculous like — but sexy because we are precisely our menopausal age and yes I have hot flashes sometimes and no my vagina does not unleash a daily cascade of lubrication, but I have been a woman for a damn long time and I know exactly how to own my natral body and to live in it and to love it and to use it for physical pleasure.*

And we can be more than sexual beings at all times of our lives!  We always have value — enormous value.  We are smart and productive and empathetic and talented and all of that other fancy crap.

*At least I imagine these are ideas that helpful to think, 40 years down the road.  Please share your thoughts and tell me what feels good for you.  I’m rather guessing, here, and acknowledge that openly.  The whole point being — let us not forget the embodied, sexual power nor the inherent asexual dignity of women at all ages.


Note - some links above may contain affiliate links. You don't pay more, but we get a small cut to help keep this organization running. It's tough to balance ethics with the need to stay alive. Thank you for your patience and understanding!
.
Tweet5
Share17
Pin
Share
22 Shares