PCOS and Hypothalamic Amenorrhea: what’s wrong with the contemporary understanding, and how women can have both 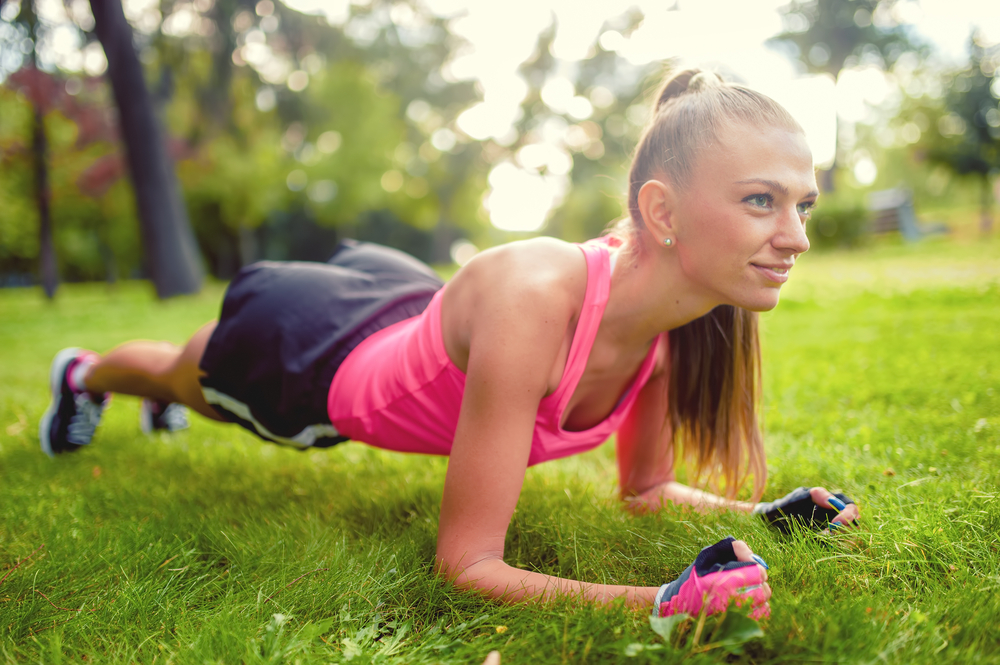 PCOS and hypothalamic amenorrhea are two specific, different diagnoses. Most medical professionals would never dream of diagnosing a patient with both. Nevertheless, my research, personal experience, and work with clients have demonstrated without doubt that millions of women suffer from both.

PCOS and Hypothalamic Amenorrhea: Why People Think They’re So Different

The majority of women who have PCOS fit into a particular category, and most medical professionals lump all women with PCOS into this category.

For this reason, PCOS typically is understood as a condition of excess. I describe this in great depth in my post on The Causes of PCOS, and also in my manual for overcoming PCOS – PCOS Unlocked. For them, PCOS means being overweight, means high insulin levels, and means high testosterone levels. Other hormone levels might be elevated, too.

For women who fit the PCOS norm, inflammation, overeating, and high hormone levels are considered a problem – thus the idea of excess.

Unfortunately, there are millions of women who suffer from PCOS but who are not quite in the same state of excess. I’ll talk about them (I am one of them) in the sections below.

For these women, their hormone problem is that they do not produce hormones. Their bodies believe that they are starving, so they shut down reproductive function. This is an evolutionary adaptation. It is potentially life-threatening to be pregnant in a state of famine. To protect against that threat, the female body shuts down when it thinks it may be starving. This is what happens to women and girls with hypothalamic amenorrhea.

PCOS and Hypothalamic Amenorrhea: Why They are Not So Different

PCOS is complicated. It’s an easy diagnosis, but the causes of it are rarely understood. This is because cysts crop up under a wide variety of hormonal circumstances. We might think that this would mean that the medical community recognizes the need for diverse treatment among PCOS patients, but actually it does not. Instead of considering the wide variety of PCOS needs, many doctors (especially those who are not endocrinologists) use blanket diagnoses and treatments for all of their PCOS patients.

The current understanding of PCOS is flawed in two major ways.   First is what I just described above. The second flaw is a corollary of that nearsightedness: most members of the medical community (though there is a real debate getting off the ground) believe that it is impossible to have both PCOS and hypothalamic amenorrhea at the same time.

The belief in problem number two, ie, that HA and PCOS are incompatible, derives from the first problem, ie– the lack of a nuanced understanding of PCOS. PCOS is widely regarded as a problem of insulin resistance and being overweight. These are two significant factors that generate cystic ovaries.  But they are not the only ones. Only 60 percent of PCOS patients are overweight. Some normal weight PCOS patients are also insulin resistant. Yet others still are not. What causes normal weight women to develop cystic ovaries? And what about insulin-sensitive women?

PCOS and Hypothalamic Amenorrhea: How to Be Different

Each woman needs to have two of the following three characteristics in order to be diagnosed with PCOS:

-Cystic ovaries, as detected via ultrasound

The thing is that these symtpoms indiciate that the process of menstruation is not completed properly. They indicate that there is an imbalance between male and female sex hormones in the body. The condition of excess of insulin and testosterone I mentioned above is one way to make that happen. It is, however, by no means the only way.

The dominant pathway by which women develop poly cystic ovaries is, again, that of the overweight woman.  It is a fairly simple process:

1) insulin stimulates testosterone production in the ovary, and

2) excessive testosterone production throws a wrench in the menstrual cycle.

In PCOS, testosterone and female sex hormones become improperly balanced, and the rest of the menstrual cycle, which takes its cues from the rise and fall of estrogen levels, suffers. LH and FSH, two pituitary hormones that tell the ovaries what to do and when, are of particular concern. LH and FSH levels become dysregulated with dysregulated estrogen because they take their cue from blood estrogen concentrations. This is why the vast majority of PCOS patients have a reversed and high LH and FSH ratio compared to healthy women. The pituitary gland keeps trying to make the body ovulate, but it does not read estrogen signals properly, and the ovaries do not hear the pituitary properly. So these are the markers of the typical PCOS diagnosis: inverted LH and FSH, insulin resistance, overweight, and elevated testosterone levels.

Yet there are other means by which a woman’s hormonal profile can create cysts. One is hypothyroidism (which you can read about and it’s relationship with PCOS in the blog post here).

Today, the problem of primary concern for us is hypothalamic amenorrhea.

PCOS and Hypothalamic Amenorrhea: How to Have Both

HA is known by many to be exactly the opposite of PCOS. It’s a condition of hormonal scarcity.

If hormones are scarce, however, they can still be out of balance.

Hormone levels tend to drop in conditions of scarcity.

The body interprets stress, eating too few calories, exercising too much, and having too little body fat as indicators of starvation and scarcity.

Hormones can be imbalanced with the condition of scarcity in a number of ways. I list a few examples below.

PCOS and Hypothalamic Amenorrhea: Examples of having both

-A woman is really stressed out by work and life. While most of her hormone production plummets, her DHEA-S production (the top-of-the-food-chain hormone produced by the adrenal gland) skyrockets in response to HPA axis dysregulation. DHEA-S is an androgen, and it influences the development of cystic ovaries if estrogen levels are not equally as high.

-A woman is fairly healthy but has slept poorly throughout her entire life. This pushes her towards insulin resistance, but more than that it dys- and up-regulates her cortisol production. Cortisol signals to the HPA axis to decrease pituitary activity, and it does so.  Her hormone levels all decrease. This woman’s predisposition to insulin resistance coupled with adrenally-induced fluctuations triggers the development of ovarian cysts.

-A woman is stressed out via the typical HA pathways–caloric restriction, excess exercise, and stress–so her pituitary hormones decrease in potency. Testosterone and estrogen levels are low but okay, and the woman is probably thin but may also be larger, depending on the degree of stress.  Nevertheless, this time it is progesterone that takes the largest hit from the stress (taking it’s cue from both estrogen and LH), and menstruation can never occur without sufficient progesterone levels.

-A woman has a tendency towards insulin resistance, and is overweight, and then loses weight. While this corrects the insulin problem, the drop in estrogen levels she experiences from the weight loss (since estrogen is produced in fat cells) causes an imbalance in her predisposed-to-testosterone-production ovaries.

– Or a similar phenomenon occurs with leptin: In this case, a woman may be a bit insulin resistant, and therefore have a predisposition to testosterone production, but she does not test into a “dangerous”  testosterone zone. Instead, her problem lies in the fact that she lost weight, and with it, she lost the potency of her leptin stores. During puberty, each woman’s body adapts to whatever levels of estrogen and leptin she has circulating in her blood at the time (creating a bit of a leptin “set point”).  Later in life, one of these women loses weight. As she loses weight, and, significantly, if she is restricting calories or exercising excessively, her leptin (and estrogen) levels drop. The hypothalamus perceives this drop as an indication of a time of famine, and initiates a starvation response, primarily by decreasing the production of sex hormones. In this woman’s case, therefore, estrogen is low, and testosterone may be low to high, depending on the degree of insulin resistance and ovarian malfunction, but LH and FSH are both also low. She does not present with typical PCOS.  She does not over-producde hormones, but, instead, under-produces.

-A woman has the MTHFR gene mutation, which predisposes her to high stress hormone levels, inflammation, and high testosterone levels, but which does not change her female sex hormone levels. When she experiences weight loss or a low body weight, it easily tips the body into a state of imbalance.

All that said, these are some examples of how typical HA problems can cause the cystic condition that is typically associated solely with PCOS.  Stress, excess exercise, restricted macronutrient intake, restricted calories, and weight fluctuation can all contribute to cyst development.   Many of these situations can co-occur, and that totally depends on a woman’s genetics, epigenetics, lifestyle, and diet.

The problem with having a poorly-nuanced understanding of PCOS lies in the way in which blanket recommendations are made for women with PCOS or HA.  As a result of this mindset, I have been criticized for recommending that thin women with PCOS eat carbohdyrates. This is because those who are criticizing me believe that PCOS is solely a result of insulin resistance.  I do not believe so. I believe that many women with PCOS do not necessarily have a problem with insulin resistance, and even if they do, it can be compounded by factors that lie outside of that typical diagnosis.

I would, then, tentatively recommend that women who are overweight and insulin resistant follow the typical PCOS protocol and under-take insulin sensitizing and gut healing steps. On the other hand, I would tentatively recommend that potentially under-weight and overly-stressed women with PCOS consider eating more, possibly upping their carbohydrate intake, and exercising less. Women with low thyroid would do well to correct that problem however they see fit.  This is, however, particular to the individual, so please do not take my musings about PCOS etiology and treatment as prescriptions. Each woman’s experience of PCOS is unique and requires individual troubleshooting.

There are many different causes of PCOS, and it is rare for a woman to only experience one of them. The key to overcoming PCOS is to figure out what is causing your PCOS, and then experimenting with treatment options.

I have written an info-packed, multimedia resource for you, precisely to show you my method for overcoming PCOS with my clients. I also happened to use this method myself, as I was one of the women who has both PCOS and HA (But not anymore!). You can read all about that and get started on your own PCOS today.

Check it out here.

And what about you? What is your experience with PCOS and hypothalamic amenorrhea? I would love to hear about it!


Note - some links above may contain affiliate links. You don't pay more, but we get a small cut to help keep this organization running. It's tough to balance ethics with the need to stay alive. Thank you for your patience and understanding!
.
Tweet3
Share183
Pin104
Share
290 Shares