On the fertility awareness method, getting intimate with your cervix, and how long a sperm can set up camp in your vagina 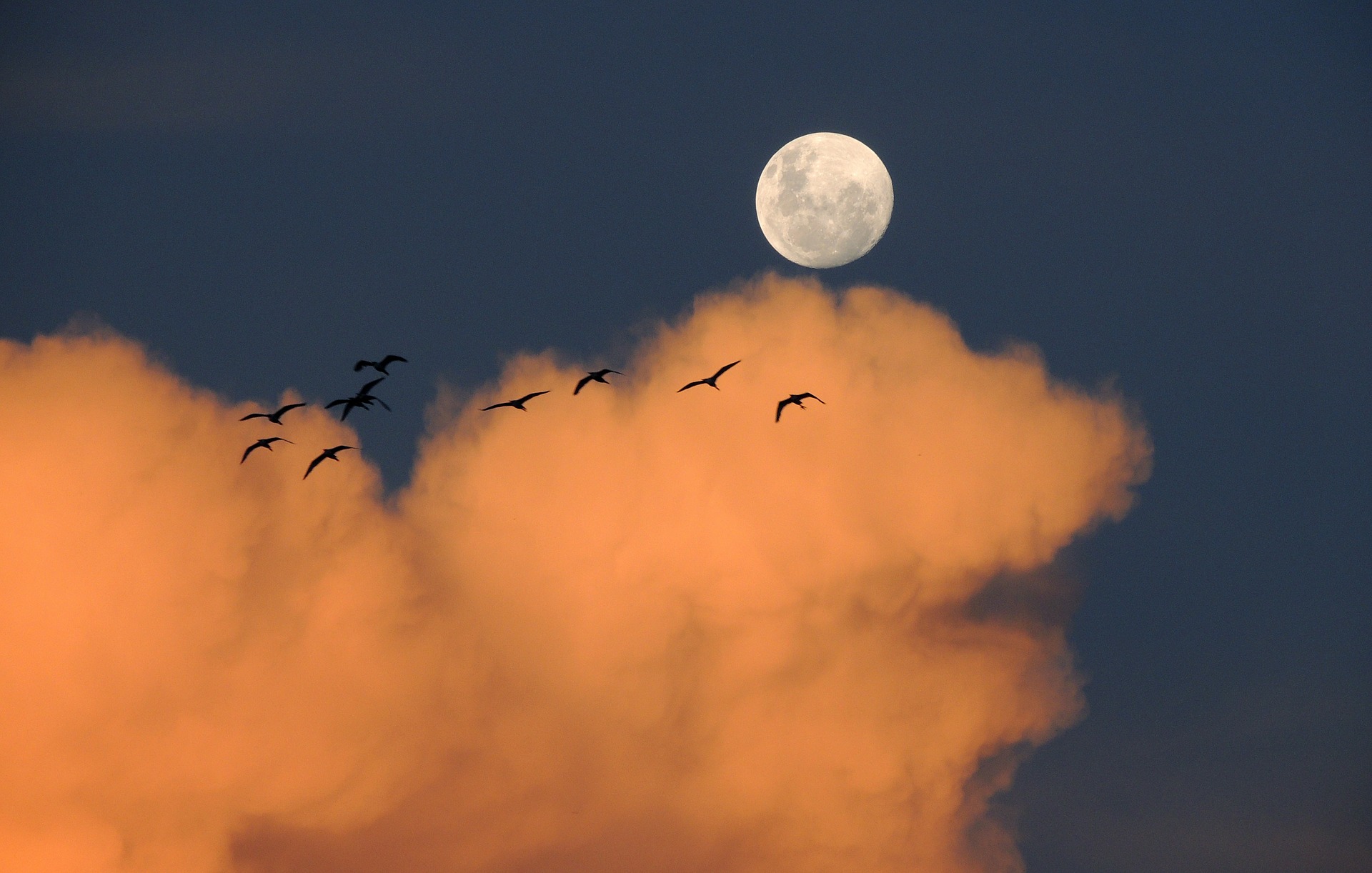 Writing about birth control these past few months, I’ve covered a wide variety of options.  The thing is, however, that nearly every one of them interferes in the process of a woman’s natural hormone signalling.  Those that don’t, such as the copper IUD, still as yet pose serious health concerns.

Smaller side effects such as headaches, nausea, weight gain, acne, mood changes, and sleep disturbances are nothing to laugh at.  Scarier risks such as blood clots, heart palpitations, muscle weakness, and sudden death even less so.  Some hormonal options of birth control are rightfully scary in the eyes of women concerned with natural, healthful womanhood.

So a lot of women turn to the fertility awareness method.  FAM has a bit of a bad rep.  It’s regarded in many circles as inconsistent and unpredictable, and therefore subject to high failure rates.  In other circles, it’s disregarded as that silly thing overly religious people do.  Neither of these could be farther from the truth.  Yes, some people practice FAM for the sake of their religious beliefs.  And yes, some people mess up and get pregnant.  But when practiced properly, FAM has success rates that equal and even surpass some of the conventional birth control methods.  1 percent is about the going rate.

So what is fertility awareness, and how does it work?

FAM is the practice of avoiding unprotected intercourse during the period in which a woman can become pregnant.   For this reason, the whole trick of FAM is identifying physiological markers of ovulation.  Ovulation is the time in which a woman’s ovaries release an egg, and so it is around ovulation that women need to step carefully.

There are many significantly advanced methods for detecting ovulation. Hundreds of dollars can easily be spent on costly and precise methods such as analyzing saliva for ovulation-indicative molecules, or monitors that track changes in electrical resistance in vaginal fluid. This makes sense. Lots of people are trying very hard to conceive children.  Yet more natural, and mostly free, methods also exist, and are quite effective.

Luteneizing hormone spikes in the urine around ovulation, so increasing LH levels can predict fairly accurately when a woman is on the precipice of ovulation.  Most test strips predict the onset of ovulation within 12-36 hours.   If you are interested in FAM but are either not quite comfortable with touching your cervix or enjoy confirmation that comes from computers and scientific tests, this might be a good method to have in your arsenal.

One way to detect ovulation is to monitor basal body temperature levels.   Tempreatures rise with progesterone levels, and will spike about 24 hours after ovulation.  They should remain this high until your next period.

The way to do so is to check your temperature (in your mouth is fine– just always be consistent with where and how you do it) the moment you wake up.  Chart your temperature over time, and notice the spike that occurs just after the middle of your cycle.  It should be between .4 and 1.0 degrees F.   You won’t feel the shift, but you can detect it by using a basal body temperature (BBT) thermometer.  BBT thermometers are just more precise than others, but still they come as cheap as ten dollars.

You are most fertile in the two or three days before your temperature hits its high point. A few experts think you may have an additional 12- to 24-hour window of fertility after you first notice the temperature creep up, but most say that at that point, it’s too late to make a baby.  At the very least, however, it becomes statistically less likely.

For this reason, it is best to chart your temperature for a few cycles, and start counting ovulation as the two days or so previous to your spike.  You can also use other ovulation-detection methods to confirm.

The appearance of cervical mucus and vulvar sensation are generally described together as two ways of observing the same sign.  In a menstrual cycle, it’s appearance, or thickening, marks the start of ovulation.

By observing her cervical mucus, and paying attention to the sensation as it passes the vulva– that is, as you can actually feel it coming out of your vagina, a woman can detect when her body is gearing up for ovulation, and also usually when ovulation has passed.  This is because when ovulation occurs, estrogen production drops slightly and progesterone starts to rise. The rise in progesterone causes a distinct change in the quantity and quality of mucus observed at the vulva.

Your libido may also spike at this time (!).

The cervix changes position in response to the same hormones that cause cervical mucus to be produced and to dry up–estrogen and progesterone.

The only way to track this is to feel around and see what’s up for a whole month.  It may take longer.  But as estrogen levels rise and drop, the whole vaginal environment changes, and– really, I can’t describe it nearly as well as you can interpret it as you feel it yourself– you can really sense the difference in your cervix.  The trick is to find it, but basically you just press as far back and up into your vaginal canal as it goes until you feel a change in tissue.   If the cervix is too high up there when you try, check again in a few days– perhaps you were ovulating or your estrogen levels were spiking.  If you cannot reach your cervix, ever, then it’s entirely possible you just have a high cervix, and you’ll have to rely on the other three methods discussed here.

5)  Your sex drive may rise during ovulation.

This point is self-explanatory, I think.

These are wonderful ways to avoid the problems of hormonal birth control.  This is why FAM is so widely practiced by naturalistic and paleo-oriented women.   When done correctly, it really does prevent pregnancy.  You cannot get pregnant unless a sperm has met the egg in the fallopian tubes.

If you are looking for more information on tracking your ovulation, Toni Weschler has an excellent book available called Taking Charge of Your Fertility. I recommend all women, weather trying to conceive or avoiding conception, read through it and get to know themselves a bit more.

But how long can a sperm survive inside the vagina?

So a woman can only conceive once her egg has dropped into her fallopian tubes, and met with sperm there– and the egg is only there for 12-36 hours, yet ovulation is not the only time of having sex that she can get pregnant.    This is because sperm usually die off between 1 and 2 days after release into the vagina, but they can actually survive up to 5 (or on the safe side, 7) days. (!)

Human sperm travels at the staggering rate of up to 4 millimeters per minute, but many are as slow as 1 millimeter per minute.  You have to put this into perspective; human sperm are only 55 millionths of a millimeter or 55 microns in length, so a millimeter is a pretty big deal to the mini-me’s.

The average length of the journey to the fallopian tubes is 175 millimeters, which means the Road Runners of the team can get there in 45 minutes, but in practice the journey takes anything up to 3 days if they can make it that long.

For this reason, marking back from ovulation, women need to stop having unprotected sex 7 days beforehand, then count two whole days for ovulation, and then give it as many as seven days afterwards.  If she feels a bit risky she can push it on the edges of fertilization, but most women do not.

In this period, some women abstain from sex.  Others use barrier type birth control such as condoms, diaphrams, or sponges.

Unfortunately this blocks out about half of the woman’s cycle.  It is, however, the only way to have unprotected sex while being certain to prevent pregnancy.

Your chances of getting pregnant

A perfectly fertile and healthy couple statistically has a 1 in 4 or 1 in 5 chance of conceiving with every given act of intercourse during a woman’s fertile period.  This means that the vast majority of these couples conceive within a year.

That’s actually a pretty high statistic, so many women are very serious about the boundaries of their fertility awareness practices.

And as a final caveat– note that all birth control methods outside of the condom do not prevent STIs.  They only prevent pregnancy, so get tested!  Both of you.

And best of luck moving forward figuring this out.  It’s a lot of fun–and a lot of women really love–getting in touch with your body and your cycle. Don’t forget to check out Toni’s book as well if you’re considering FAM or trying to conceive.

What’s your experience?!  Your hopes?  Your doubts?  Your concerns?  Share away!  FAM is such a diverse and widely / differently practiced art.  I am super excited about hearing more about your personal experiences.

You can find everything I find relevant about birth control in my book, Birth Control Unlocked, available here.


Note - some links above may contain affiliate links. You don't pay more, but we get a small cut to help keep this organization running. It's tough to balance ethics with the need to stay alive. Thank you for your patience and understanding!
.
Tweet15
Share110
Pin29
Share
154 Shares