Metformin and PCOS: Everything You Need to Know 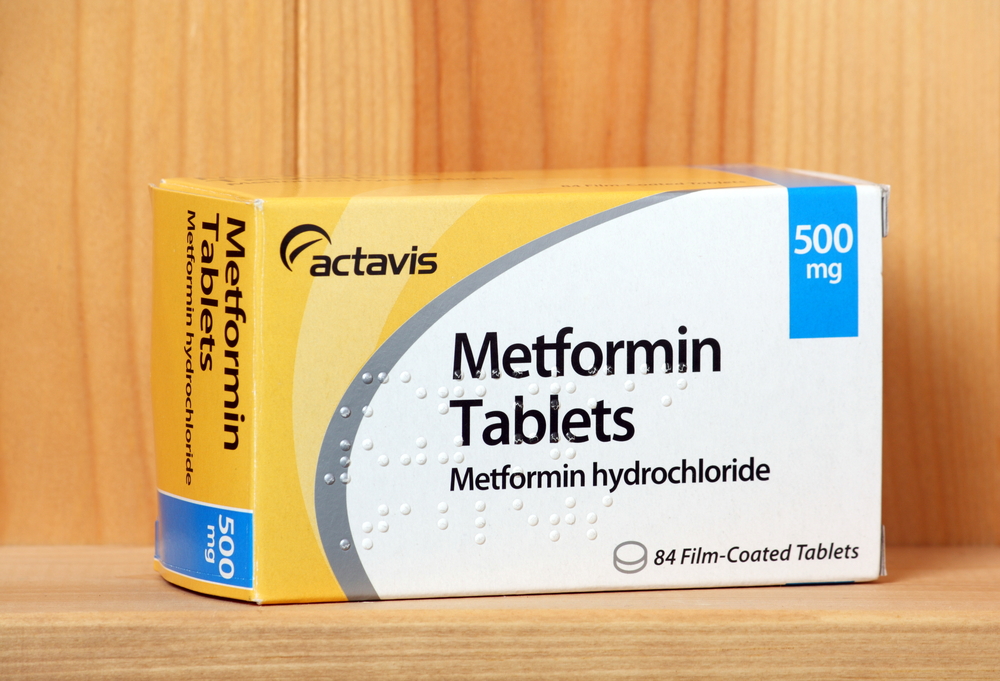 Metformin is a type of medication used to treat Type 2 Diabetes. Because there is a strong link between diabetes and PCOS, metformin is now commonly proscribed to treat PCOS. But should it be? What is the real relationship between metformin and PCOS? Can Metformin used for PCOS help lessen PCOS symptoms?

Metformin used for PCOS: The Science

PCOS  is an infertility condition that often causes acne, facial hair growth, balding, low sex drive, weight gain, difficulty with weight loss, and mental health disturbances such as depression and anxiety in approximately 15% of women. It is also associated with a myriad of health conditions, spanning from diabetes to hypothyroidism and to heart disease.

PCOS is, in short, not a condition to sneeze at.

PCOS is a condition of hormone imbalance. With PCOS, male sex hormones such as testosterone and DHEA-S rise relative to the female sex hormones estrogen and progesterone. (…Roughly speaking – it’s complicated. For a full-blown account of the science of PCOS and how it affects you, see here.)

Elevated testosterone is very often the primary culprit in causing PCOS. (But not always! For one of my most thorough accounts of other things that can cause PCOS, see here.) Insulin causes testosterone levels to rise because insulin tells the ovaries to produce testosterone.

This is where metformin comes into play. Metformin lowers blood sugar levels below what they would otherwise be after a meal. This is because it intervenes with the liver’s interaction with and production of glucose. Insulin is the body’s way of dealing with blood sugar. If blood sugar is lower, then insulin will be lower, and thus testosterone will be lower.

Metformin used for PCOS: Is it Effective?

That depends on who you ask, and what you are trying to achieve.

Statistically, metformin has been shown to reduce LDL cholesterol (the bad cholesterol) and triglycerides (perhaps even worse for heart disease) in patients with Type 2 Diabetes. It is hotly contested whether metformin has a significantly helpful effect on overall cardiovascular health for patients with Type 2 Diabetes worldwide. It is definitely true that many people have benefited from metformin in terms of their ability to manage sugar and keep insulin levels in check.

Insofar as metformin can help mitigate the symptoms associated with PCOS such as acne and facial hair, it is often quite successful. The evidence supporting this is robust. Metformin used for PCOS does help reduce symptoms in women… at least for those who suffer from insulin resistance.

Metformin used for PCOS: The Limits

There are three primary limits to the efficacy of Metformin for PCOS:

1) Metformin may not be the most effective fertility treatment

Just as Metformin loses in long-term efficacy against diet and lifestyle (see my personal recommendations for diet and lifestyle in a blog post or in my PCOS program here) for insulin management and diabetes prevention, so it also loses in terms of managing the symptoms of PCOS.

Perhaps the most important point for me to make is that Metformin does not work for everybody.

While many women suffer PCOS because insulin resistance causes their testosterone levels to rise, this is actually only the case for about 70% of women with PCOS. For everyone else with PCOS, metformin’s effects will be minimal at best, and may in fact be harmful.

There are many different things that can cause PCOS other than high testosterone.

If any of these are your primary problem, and not the excess testosterone that comes from elevated insulin levels, other treatments may be more effective for you.

If you do not know what is causing your PCOS, the first step towards getting better is to get some bloodwork done, educate yourself about PCOS and what your personal kind of PCOS may be, and find out! 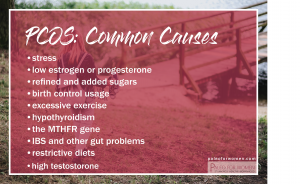 Other Potential Drawbacks of Metformin used for PCOS

While Metformin does not appear to cause any significant or life-threatening problems, it does come with a host of negative side effects that can are short and the long-term.

The most commonly reported side effects of Metformin are gastrointestinal: at least some of gas, nausea, cramps, bloating, discomfort, and diarrhea are reported in upwards of 50% of cases.

Metformin increases homocysteine levels in the long-term.  Homocysteine is a by-product of the body’s natural detox processes, and it is toxic in high levels. Elevated homocysteine has been shown to be associated with inflammation, heart disease, cancer, and just about every non-communicable disease out there (including PCOS!).

Metformin appears to influence thyroid hormone levels, though the mechanism and implications are poorly understood.

Metformin reduces testosterone levels, which can upset hormone balance.  I personally suffered severe depression – suicidal depression – when I experimented with taking Metformin. I only had to take it for six days for the storm of sobbing and suicidal thoughts to hit. I stopped taking it, the depression went away, and then I tried again and the depression came back. Obviously everybody is different – but this is a real risk. Anxiety is another threat, as is low libido, poor memory, and sleep quality.

It is also worth noting that in the case of weak kidneys, Metformin can cause kidney failure due to lactic acidosis.

There are many reasons doctors use metformin to treat PCOS. Most importantly, they know that it has been demonstrated to be helpful for a lot of women with PCOS. Yet it is also important to remember that doctors tend to over-proscribe medication as a general rule.

Doctors and patients both know that it is easier to take a pill than it is to make changes. (It also happens to be more profitable for the doctors, but they are not the only ones to blame here, since patients are usually the ones asking for the pills.)

But is it better?

It has been demonstrated over and over again that the most effective way to treat PCOS is to eat a whole foods diet and to exercise a few times a week. You can get very specific about the ways in which you do this, and I do go into great depth on these strategies in my program on overcoming PCOS here.  Nevetheless the most important point here is to remember that dietary changes are healthy, natural and long-lasting.

What are your experiences with metformin and PCOS? Do tell! I’d love to hear if it has worked for you – or what you like better! 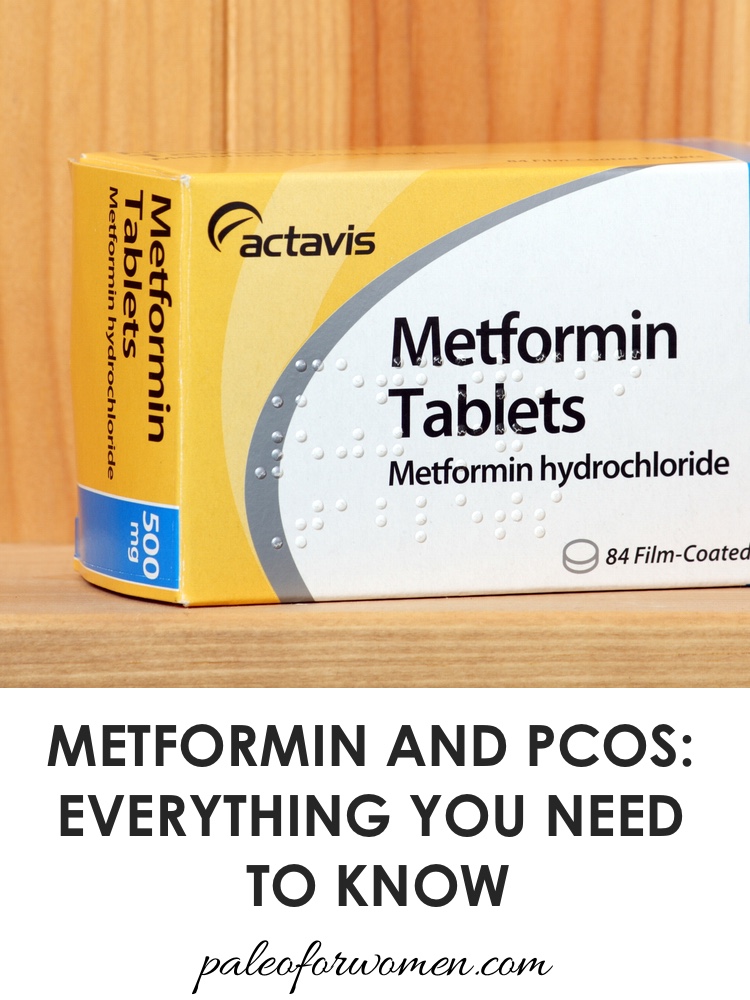 Note - some links above may contain affiliate links. You don't pay more, but we get a small cut to help keep this organization running. It's tough to balance ethics with the need to stay alive. Thank you for your patience and understanding!
.
Tweet3
Share218
Pin2K
Share10
3K Shares