Leptin and Why You Should Love Your Booty 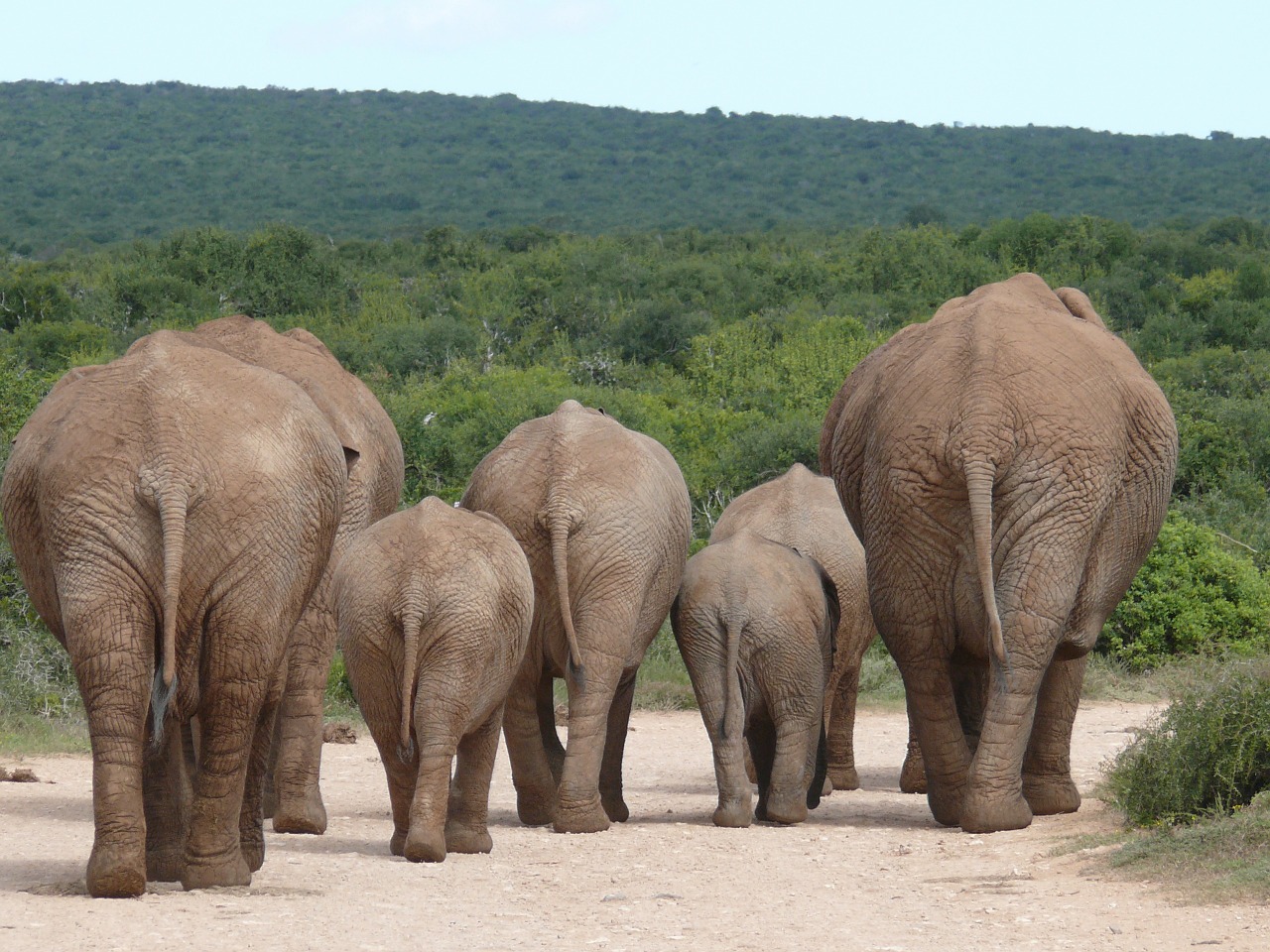 The following is a guest post by a fellow health blogger – Kate – who had an infertility problem then fell in love with leptin.

If you are facing infertility due to PCOS or want to learn to embrace your natural sexiness, my books, Sexy By Nature and PCOS Unlocked may be incredibly helpful for you!

I used to have a bit of a body fat phobia. Although at 13% body fat, I didn’t really have that much to worry about from what other people would think. I was impressive right?

Problem was, along with no body fat, I also had no period, no ovulation, and, no fertility.  I was diagnosed with hypothalamic amenorrhea. I looked “healthy”, but my reproductive dysfunction indicated otherwise. I knew I had to get this sorted, and fast, as my partner and I were trying to conceive.

I consulted a few of my health practitioner friends. They all suggested that maybe putting on a bit of body fat might help kick things back into gear. As a group fitness instructor who was paid to stand up in front of others in skimpy lycra, this was the last thing I wanted to do. Being the stubborn person I was, I needed justification as to why, and how, fat would help to restore my fertility. Cue leptin.

Leptin is one of the more recently discovered hormones and is often referred to as the “anti-obesity” hormone. In fact, the word “leptin” is derived from the Greek term “leptos” meaning “thin”.  This little hormone, which is produced predominantly in adipocytes (fat cells), conveys information to the brain about the amount of energy available in the body. Leptin levels rise with increasing food intake, telling the brain “Yay! All is well. We have sufficient nutrients to do our thang”, and the fall in times of food deprivation, telling the brain “Things aren’t so good. Looks like we’re in a famine and need to shut off non-vital functions”. Unfortunately, reproduction is one of those non-vital functions. We do not need to reproduce in order to survive. Simple as that.

But really, it’s not as simple as that.

We now know that leptin acts as more than just an energy thermostat. Indeed there are over 19,000 papers that have been published on leptin (no, I have not read them all, sorry), showing that leptin has various physiological roles. But back to the case in point – aside from signaling energy sufficiency to my brain, how would body fat and, as a by product of increased body fat, leptin help me to recover from hypothalamic amenorrhea and restore my fertility?

That depends on what’s going on during a healthy menstrual cycle.

During the first half of the cycle, otherwise known as the “follicular phase”, follicles (in the ovaries, which house an egg that has the potential to be fertilized) develop. The pituitary gland releases Follicle Stimulating Hormone (FSH) to, as the name suggests, stimulate the follicles to mature and secrete estrogen, which will have the lovely effect of producing fertile cervical mucus. Sorry, we’re getting graphic now. 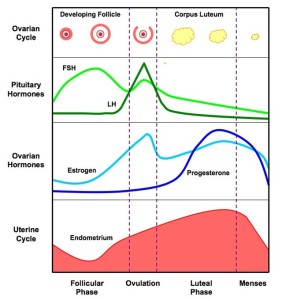 Once FSH and estrogen have things looking all fertile and sexy, the pituitary gland releases Luteinizing Hormone (LH) to stimulate ovulation, where an egg will burst out of a follicle and wait patiently (for about 12-24hrs…pretty impatient, really) to be fertilized. Meanwhile, the follicle that was left behind becomes the corpus luteum, which secretes progesterone and prepares your body to house a mini-human (think pro-gestation).

So FSH and LH (also called gonadotropins) are pretty important. Without them, your sex organs would not receive the message to produce your sex hormones, or to ovulate, or to menstruate. But we are missing an important step. FSH and LH need a little encouragement too, and this comes in the form of another hormone – Gonadotopin Releasing Hormone (GnRH), which is released by the hypothalamus. Are you lost yet? Female hormones are confusing! Quick recap – GnRH stimulates the release of FSH and LH, which promote ovarian function and a healthy menstrual cycle.

Now here’s the kicker – leptin has been found to play a regulatory role on GnRH secretion and hence, overall reproductive function. Whether this is a direct or indirect role remains to be discovered. However, what we do know is that women with hypothalamic amenorrhea (when menstruation ceases due to dysfunctional signals between the hypothalamus and the pituitary) tend to have lower leptin levels than women with healthy, ovulatory cycles, as a result of low body fat and/or increased physical activity and/or insufficient food intake often found in amenorrheic women. These low levels of leptin then contribute to alterations in GnRH secretion, as evidenced by disruptions to LH secretion (Ackerman et al, Goumenoua et al). Interesting, right? Thought so.

Now I know what you’re thinking – what happens if we give someone leptin? Will that get things back on track? Well yes, Welt et al (2004) treated a small number (n=8) of women with hypothalamic amenorrhea with leptin over a period of 3 months and found that the treatment did restore menstruation, ovulation and hence, fertility.

Similarly, Mantzoros et al (2011) boasted this: “Our results indicate that leptin therapy resulted in resumption of menses….in 70% of the subjects [and] 60% of these women also ovulated”

Woo hoo! Let’s all go and get us some leptin to inject….

OR we could just eat more, exercise less and embrace our booty!?

[Stefani notes: You cannot get leptin over-the-counter, or have it tested for in a blood test. I’ve tried both.]

After 2 years of being in denial about the importance of body fat and desperately holding on to my 8-pack abs, which I had thought was my defining feature, I succumbed. I put on (quite) a bit of body fat. I ate more. I exercised less. And I realized that my friends and family probably loved me for more than just my body. Doctor Seuss was right after all when he said: 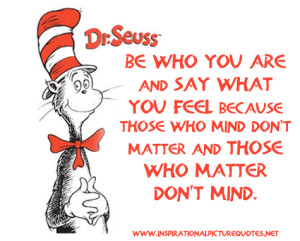 I put on weight. That was the goal, after all. And I definitely was no longer 13% body fat, as evidenced by my increasing bust line (yay) and decreasing (absent) thigh gap (also yay, I think – that shit is just not normal for my body.). One other lovely effect – my period returned. Hurrah! It just goes to show that with a little dedication and a (pretty big) mental shift, beautiful things can happen.

Ladies – your period is a luxury, not a right, and definitely not an inconvenience! If your lady holiday is MIA, see it as the canary in the coalmine and do something about it before the shit really hits the fan (think osteoporosis, heart problems and infertility). Stop trying to reach some warped perception of the “ideal” body and start embracing your natural feminine curves. And remember – you are so much more than what you look like. Be kind to yourself for once.

If you want to know more about women’s fertility, check out Stefani’s book, Sexy By Nature.  It’s AWESOME.  You can also see PCOS Unlocked and Birth Control Unlocked.

References for all you fellow nerds out there:

Kate is a Holistic Nutritionist, Personal Trainer and Lifestyle Coach specializing in hormone healing. Kate has over 13 years of experience in the health and fitness industry. She is passionate about helping others achieve optimal wellness through nutrient-dense traditional whole-foods, adopting mindful and sustainable life practices, and moving in ways which rejuvenate rather than deteriorate the body. Kate’s goal is to educate, inspire and empower others to live life to the fullest each and every day. Kate can be reached at www.theholisticnutritionist.com 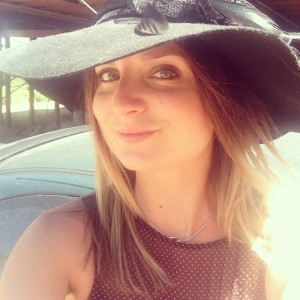 
Note - some links above may contain affiliate links. You don't pay more, but we get a small cut to help keep this organization running. It's tough to balance ethics with the need to stay alive. Thank you for your patience and understanding!
.
Tweet3
Share408
Pin12
Share1
423 Shares