If Reproduction is What Living’s All About, Why Does it Stop? 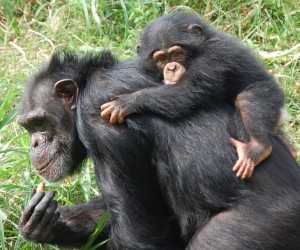 The range of reproductive years across both human and primate populations is choc full of fascinating data.  What determines the range of reproductive years, and for what gain?   Has menopause changed at all?  In fact, it has not.  As countries have continues to industrialize, the age of menarche (first period) has continually gotten younger (for better or for worse).  So far as we can tell, however, the average age of menopause has not budged.  It hasn’t moved with time, and it doesn’t move across populations.  Women have a certain amount of eggs, and they appear to run their course by age 50 for virtually all women.  What gives?

Chimp and baboon female reproductivity declines as they age, but neither species actually sees many of its members stop menstruating before they die.  This conundrum may be answered for by the simple fact idea that most species, including humans, historically have died at ages younger than we see today.  But this doesn’t seem to be the case.  So far as evolutionary biologists can tell, about 5 percent of other primate females live past reproductive age; for humans in contemporary foraging populations, on the other hand, (Gurven and Hill, 1997) it’s about 30 percent.  This seems to indicate that evolution has deliberately “chosen” menopause.  Nature wants women to stop reproducing at a certain point.  (*Of course, the better and more scientific way to say this is that having infertile older females in populations promotes the survival of the maximum amount of offspring).

The answer to our question, therefore, necessarily lies in evolution, too.  There are likelytwo dominant aspects to the answer.

First is the consideration of cost.  How much does it cost a woman, energetically, to carry a baby?  A whole hell of a lot.  It does not cost a man much at all.  In fact, the act of conception is the only physiological necessity that the male contributes to the offspring.  This is why men enjoy reproductive fitness often until the end of their days, and why optimizing male health very often leads to a full life of fit and kickass male libido.  The healthier a man is, the more vital his sperm, and the more offspring he can have.

Unfortunately or not, it does not swing the same way for women.  Women’s bodies are capable of an enormous miracle of gestation, but it takes a hell of a toll on her body.  If she were to reproduce until her dying days, she may in fact die much sooner from energy expenditure.  Menopause necessarily has to happen to women, because evolution wants to have older women around very, very much.

The human evolutionary strategy is now, far more so than many other species of primates, an emphasis on quality versus quantity of offspring.  Instead of having 200 offspring per litter, as in fish, that require little care and also that have a vastly lower success rate, human beings – much like elephants! – carry babies in the womb for a long time, have radically dependent and weak babies, and invest a lot of energy in their young in order to assure the reproductive success of each offspring.  Babies are investments.  This means that humans have very few children relative to the rest of the animal kingdom, but that success rates are much higher.

Data from the whole vast array of human cultures as well as other primates demonstrates one recurring fact: grandmothers kick ass.  Grandmothers enable their daughters to reproduce earlier, for example.  They also enable more frequent reproduction, and they mitigate a significant amount of the stress of providing for a family and being a caretaker.  This element of support makes this family unit much more evolutionarily successful than it might be otherwise.  Without grandmothers, mothers would be more solitary, would have to look more broadly for food and shelter support, and would have to expend much more energy securing resources for her young.  These things partly taken care of by grandmothers, mothers are free to reproduce more.  What’s more, however, the additional support also makes for healthier offspring.  This means that grandmothers give evolution a one-two punch: increased offspring quantity, and increased offspring quality.  Across the board, grandmothers have real evolutionary purpose.

The evolutionary advantage of grandmothers indicates – and importantly for us in the modern world – that women are not intended to melt away or fade into the background as they age.  In fact, most women in contemporary foraging societies continue to contribute to societal wellbeing and production at least until age 60.  It is not just grandmothers who are important, but grandmothers who are powerful producers and caretakers.  The healthier a grandmother is, the healthier her family and her society are.  Physical health is important.  Mental health perhaps even more so.

Which brings us to the last and perhaps most fascinating point, the one that may account for the distinction between humans and other primates on the survivability of women beyond reproductive age: humans have language.  Humans have complex cultures, and we have complex histories, and complex stories, and complex knowledge.  Some anthropologists argue that longevity (for males, of course, as well as females) appeared as recently as 30,000 years ago in human history.  In their view, longevity increased more and more throughout evolution, with the greatest increase occurring recently, as culture and creativity blossomed (Caspari and Lee, 2004).  “Longevity” says Wenda Trevathan, “appears to be advantageous to a species that depends so heavily on information handed down through the generations; in other words, for a species so dependent on culture.”

So why do we undergo menopause?  Because we are meant to keep living.  We are meant to continue to care for our families, and we are meant to contribute to our societies.  If we have kids, we can help them.  If we do not, we can help others.  And we are meant to keep learning, to stay sharp, to share our stories and to pass on the wisdom of experience.  That image of the wizened, serene, gray-haired woman – it’s one inherent to human nature.  We need to embrace it.  Older women are not for nothing, and I, as a youngling, don’t want to be for nothing, either.  Life is for the strong and vital and loving and living at all ages.  Nature asks us and provides us the tools to stay strong as we age.  Our job is only to say yes. 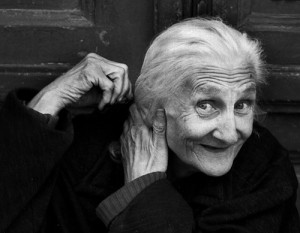 Note - some links above may contain affiliate links. You don't pay more, but we get a small cut to help keep this organization running. It's tough to balance ethics with the need to stay alive. Thank you for your patience and understanding!
.
Tweet4
Share126
Pin57
Share
187 Shares