Hypocretin Neurons: The Link Between Fasting, Stress, and Arousal, or, Why Fasting Breeds Insomniacs 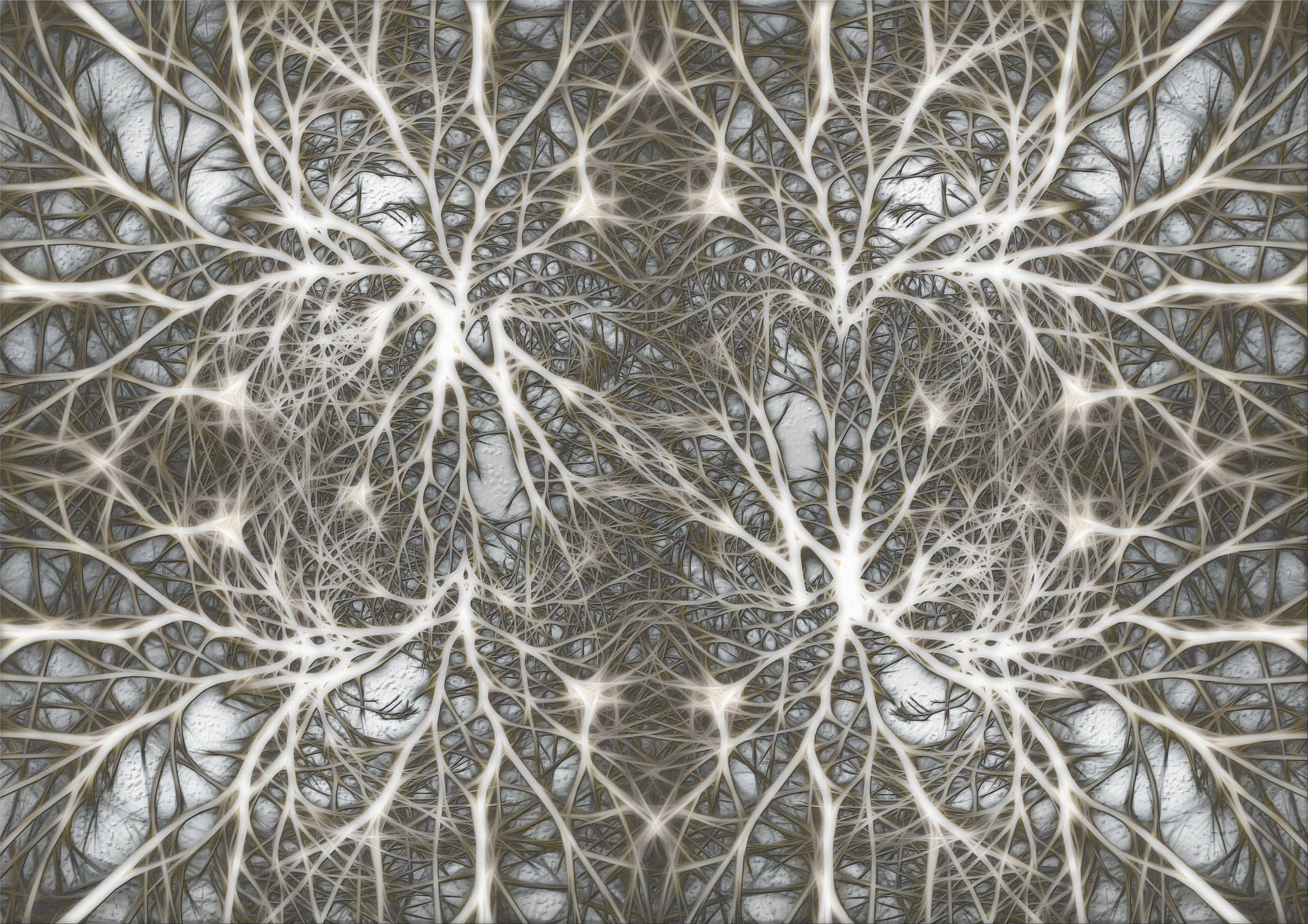 There is a hell of a dichotomy occurring in the Paleo blogosphere this month.   99 percent of the time I am pleased as Pooh stuck up a honey tree, nestled in my esoteric corner of paleo-feminist rage, but every once in a while I wish more people could hear what I have to say.  Today is one of those days.

The split I am talking about is not all that nefarious.  In most cases, it’s benign and can be ignored.   But in general I would like to draw attention to it, because I think there’s a lot going on beneath the surface (and here, the depths are not just Nemo and Dory but are instead people’s lives), and that depth requires speaking to.  Immediately.

Mark’s Daily Apple has recently done a beautiful series on the benefits of fasting.   I loved it.  I learned plenty, as I always do on MDA.  The series was well-written and -organized, and in fact I ended up directing people who are unfamiliar with fasting to the site in hopes of swaying their opinions.   (So let it be clear: I am not against fasting per se.) Yet Chris Kresser has also done an April “Best your Stress” challenge.   Serendipitously enough, it concludes today.  And it is exactly what it sounds like: an endeavor to spend 30 days taking practical steps to counteract stress.  Chris’s idea was that people often spend 30 days trying to get their diets in line.  But what about their stress, and their lives?  I couldn’t agree more.   This man is a gale of fresh, important ideas.

The reason I say these two Big Themes are at odds is because they are.  Fasting is a stressor.  Period.  Mark Sisson would agree.  All people who advocate fasting would agree.  But all they ever do is put an asterisk at the end of their posts: *people who are stressed should probably not fast, they say.   But why?  Who is affected, and how?   What can fasting and other forms of restriction do to our brains, and to our lives?

What I want to draw attention to today are little loci that sit on the border of the hypothalamus called Hypocretin Neurons.    Hypocretin neurons (also called Orexins–and note that the word “orexin” means “appetite increasing”) were discovered just 14 years ago in 1998, but they have radically altered the landscape of eating neurobiology since then.   No, they are not the sole molecules responsible for sleep and waking.  Mice that have had these neurons removed still sleep and wake in roughly normal patterns.  But they never feel alert, and they never suffer insomnia.  And when the neurons are activated, the mice leap into action.  Hypocretin neurons wake animals up.  This much is certain.

The lack of Hypocretin Neuron signalling is the cause of narcolepsy, while elevated Hypocretin levels induce arousal, elevate food intake, and elevate adiposity.  Hypocretin Neurons  upregulate the production of molecules down several other pathways, too: these include noradrenergic, histaminergic, cholinergic, dopamine, and serotonergic.

One notable source of excitation is corticotrophin releasing hormone, which suggests that stress activates the activity of Hypocretin Neurons.    GABA neurons also create a bridge between Neuropeptite Y, which is the molecule that arguably has the strongest appetite-stimulating effect on the brain, and Hypocretin Neurons (more on Neuropeptide Y later this week).  From there, Hypocretin Neurons project to all regions of the brain, including the hypothalamus, cerebral cortex, brain stem, and spinal cord.   It seems as though Hypocretin Neurons may act as a nexus of signal input for the appropriate synchronization of various autonomic, endocrine, and metabolic processes.

Food restriction further augments recruitment of excitatory inputs onto Hypocretin cells.   This explains the relationship between insomnia and adiposity: because of the easy excitability of Hypocretin Neurons, any signal that triggers their activity, regardless of homeostatic needs, will elevate the need to feed in brain circuits such as the locus coeruleus and the melanocortin system while also promoting wakefulness through activation of noradrenaline-stimulating neurons.  Anything that promotes the release of corticotrophin releasing hormone (CRH) such as reduced sleep will further trigger Hyocretin Neuron firing and Appetite.   This is a vicious cycle.  Hypocretin Neurons play the role both of trigger and of accelerator, taking states of wakefulness, insomnia, stress, and obesity into continual positive feedback loops.

Hooray!  This is good for fasting, right?  So long as one re-feeds appropriately, everything should be fine?  Well, yes.  In a healthfully functioning individual.  But not in a) someone who is both stressed and leptin resistant, since increased leptin levels from the re-feed might not be powerful enough to offset other excitatory pathways b) someone who is currently emerging from yo-yo dieting or caloric restriction c) someone who is dealing with an over-stimulated appetite, d) someone experiencing stress, e) someone who has had a history of insomnia, f) someone who is underweight, since they have low leptin levels, g) anyone who has ever had an eating disorder, particularly bulimia or binge eating disorder or h) anyone with HPA axis or endocrine dysregulation, particularly women, including overt stress, hypogonadism, hypothalamic amenorrhea, hypercortisolism, or hypocortisolism (adrenal fatigue.)  I am sure the list is incomplete.

In animals, Hypocretin Neurons serve an important evolutionary function.  Arousal is a vital behavior in all species.    And normally, Hypocretin Neurons respond quickly to changes in input.  But in situations of chronic metabolic or endocrine stress, or of recovering from a stressor, they can lead to hyper-activity and hyper-feeding.

Researchers have long known about the link between leptin, sleep, and obesity.  The less someone sleeps, the lower her leptin levels, so the more she eats, and the heavier she gets.  Hypocretin Neurons may serve as one of the answers to the question of exactly how that phenomenon comes about.  Or at least it plays a role.  Because 1) Hypocretins simultaneously stimulate appetite and wakefulness, particularly through orexigenic output of the melanocortin system, and subsequent release of CRH, which activates the stress response, and 2) while Hypocretin Neurons wake us up, they also need to be quiet enough for people to go to sleep.

Finally, I raise the questions: how many disordered eaters have trouble sleeping?  How many anorexics, binge eaters, calorie restrictors, exercise-addicts, stressed-out individuals, and very low-carb dieters have trouble sleeping?   How many people try intermittent fasting and find that it disrupts their sleep or circadian rhythms?  How many people wake up in the middle of the night or early in the morning, even though they still need sleep, but for the life of them feel so awake?  Part of that answer lies in blood sugar metabolism, for sure.  And in other places.  Sleep is a hell of a complex phenomenon.  But here– Hypocretin Neurons can become overburdened by excitatory signals.  They get hyped up in the face of both decreasing leptin levels and leptin insensitivity.   They are upset by restriction, and they are upset by fasting.  Hypocretin Neurons demonstrate why so many people have difficulty with their appetite and their sleep.  If you find that fasting disturbs your sleep, or that you are suffering disordered circadian rhythms along with stress or appetite problems, do you best to relax your system.  Don’t fast.  Relax.  Exercise less.  Reduce stress.  Eat more.  Put on weight.  Eat more carbohydrates.  Don’t graze.  Increase your leptin sensitivity.  And listen to your body.

Coming up next: nighttime eating syndrome, and how it’s all related.


Note - some links above may contain affiliate links. You don't pay more, but we get a small cut to help keep this organization running. It's tough to balance ethics with the need to stay alive. Thank you for your patience and understanding!
.
Tweet16
Share305
Pin17
Share
338 Shares