Photographs and longevity: can one snapshot of your smile predict how long you’ll live? 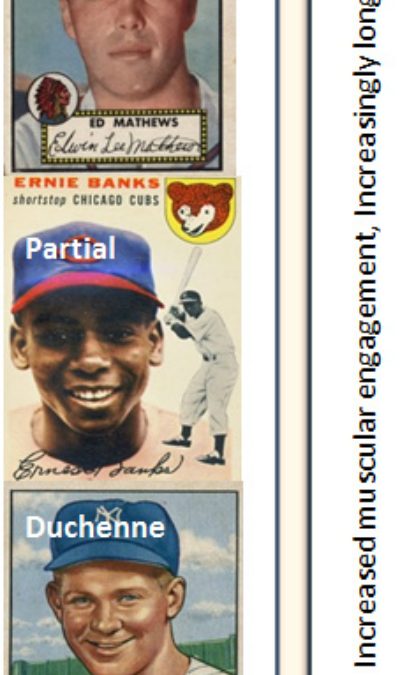 Obviously, when we’re talking about how long we are ever going to live, the “diet hypothesis” holds.   Poor food choices make us ill, and these illnesses make us die sooner.  They also generally degrade our physical functions, and as our telomeres and organs deteriorate increasingly into shreds, we become weaker and weaker.   Just about everybody who has ever written about longevity and food has the general idea right: food matters.

On the other hand, I am now coming to believe that so long as no drastic health issues are at stake, the perfect diet is not necessarily the path to a long life (or at least definitely not the sole path).   If you look at studies done on centarians the world over, what we find over and over again is not necessarily that they eat a certain diet.  Some eat lots of pork, others a fair bit of rice, others tons of home-made yogurt, for example.  I know one woman who eats frozen dinners.   Doctors and health theorists argue over what the perfect longevity diet might be all of the time.   But there really never has been shown to be a bulletproof, universal, centenarian-begetting diet, so far as I can tell.   Usually they stick to whole foods.  That seems to work quite well.

From my perspective, the real common variable is that centenarians (and especially the springy ones, not the bedridden) tend to live simple and happy lifestyles.  Relatively healthful food, very little stress, some sleep, some walking.  There’s actually a fair bit of data that demonstrates the benefits of walking.   And personally, what I have found in my observation is that those people I know and read about whom are both elderly but still enormously youthful… they exist in existential satisfaction.  Whether at peace because of their communities and family, or because they have faith, or are committed to charity, or because they are immersed in passionate pursuits, their degree of satisfaction with existence stands out as their primary characteristic.  In my opinion.

Plenty data show that stress weakens the immune system and decreases lifespan.  Here, here, and here, for example.  And many show how crucial both metabolic and psychological stress are for cellular decay, for example, here.

But what about the converse?  Why not think about it in terms of the opposite of stress?  Of peace, of contentment, of authentic happiness?

Which brings me to my favorite study this week: Smile Intensity Predicts Longevity.

The study, found here, was conducted on 196 Major League Baseball players from the 20th century.   MLB players were chosen because fairly good data about their lives already exist.  The researchers did their best to control for factors that have already been found to influence longevity:

They didn’t look at diet at all.

What they did was study the intensity of the smiles on each of the MLB player’s official baseball cards.  What they found was striking:

Controlling for the above variables, the degree of smile authenticity in each photograph taken decades ago remained significantly correlated with longevity.  The more authentic the smile, the longer the player lived.

How do you know what an authentic smile is, you ask?   It’s called the Duchenne smile (wikipedia it, here), and it’s a pretty well-known and well-regarded marker of happiness in psychological studies.  It is the smile that pulls at muslces around the mouth and particularly the eyes… the smile that you feel when you’re laughing, or hugging someone you love.  Try comparing it to the smile you muster up for strangers you pass in the hallway on a bad day.   There is a world of difference.

We can see that difference in photographs, and calculate it precisely.    And from that, we have found that authentic happiness predicts longevity.

Players who had Duchenne smiles were half as likely in any given year to die than non-smilers.

Players who had Duchenne smiles had greater longevity predictions than those who wore partial smiles, but not in a statistically significant way, who in turn did not differ significantly from non-smilers.  ( “Adding smile ratings led to a significant improvement in predicting mortality, χ2(2, N = 162) = 8.2, p < .017.”)  This seems to indicate that partial smiles sat somewhere in the middle, whereas non-smilers experienced reduced longevity and Duchenne smilers experienced increased longevity relative to them.

The study concludes with two interesting notes:  1) that physical attractiveness was not a significant correlate with longevity, and 2) that teaching ourselves to smile can actually influence our emotions (more in which in subsequent posts).

In other studies, individuals instructed on how to make Duchenne smiles generated patterns of regional brain activity associated with subjective enjoyment (Ekman, Davidson, & Friesen, 1990). If the phenomenology and expressions of emotion are hardwired (Ekman, 2007), individuals whose underlying emotional disposition is reflected in voluntary or involuntary Duchenne smiles may be basically happier than those with less intense smiles, and hence more predisposed to benefit from the effects of positive emotionality. Attractiveness did not influence longevity.

And, again, they didn’t even look at diet.  We might argue that each of these players was born into a more traditional diet, and perhaps a fairly homogenous one– and therefore the variable would not have been as significant for this group, but these men still probably ate things such as carbohydrates, nuts, nightshades, rice, and lots of other ~paleo/non-paleo foods we are worrying about these days.  I’d bet they ate dairy and wheat products, too.  Which isn’t to say, of course, that a better diet would not have helped them live even longer.   I certainly think that it would.  But this goes to show that the amount of authentic joy in your life really is a major player in your lifespan.

More on happiness, longevity, and how to make it all happen forthcoming.


Note - some links above may contain affiliate links. You don't pay more, but we get a small cut to help keep this organization running. It's tough to balance ethics with the need to stay alive. Thank you for your patience and understanding!
.
Tweet
Share85
Pin
Share
85 Shares