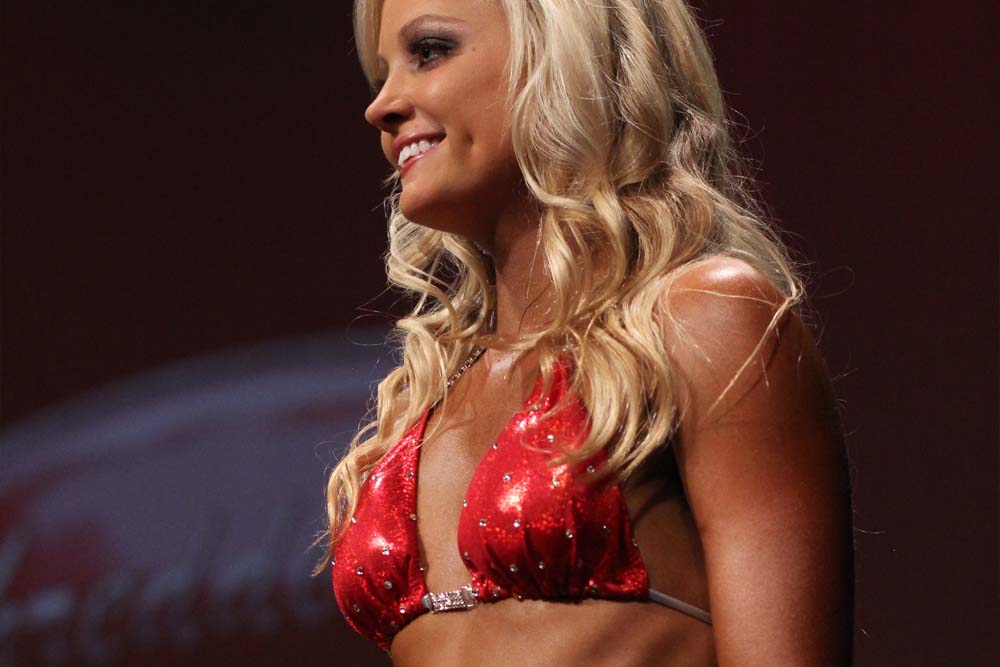 The following post is written by a lovely and powerful new voice in the body love scene. Her name is Madelyn, and she used to be a body builder.

I first came across Madelyn’s work I believe at some point in 2013. To be honest, I wasn’t a fan. I was perhaps even appalled. A bit horrified, maybe. Sad. Angry. I mean – it was okay. But what she was selling on her website, more or less, was herself as a muscle-glorified sex object. 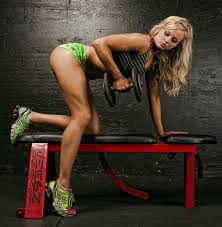 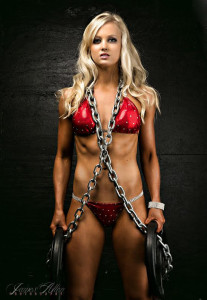 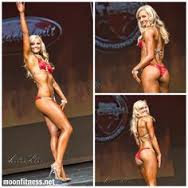 Honestly, that’s got to be a hell of a body to let go of. I can’t even imagine what it’s like to step ‘down’ from so high a pedestal. 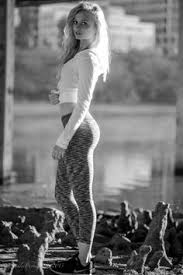 Now this is the kind of photo I used to look at and weep tears of envy.

If you go to her site today, you’ll see a lot of the same photos.  These kinds of photos sell appearances more than health, which isn’t my favorite way to inspire people.

Yet with a keen eye, you’ll see, too, a woman on a hell of a journey of change, and a set of photos that tell a story.

Because while so many of the photos are the same, the language is different. Madelyn talks about “health” and “inner strength” and “acceptance.” Those photos are old, and she and doesn’t compete any more.  Her invitation to join her mailing list reads like this:

“Ready to love your body? Sign up for the FREE eCourse “Mind Body Satisfaction, Sacrifice-Free” and learn how to fall in love with yourself exactly how you are. “

but anyway. It’s so powerful to witness someone coming through these changes and rocking them out. Madelyn now loves her body because of the way it feels far more than the way it looks.

Madelyn is over body building. And in love.

She recorded a hell of a youtube video about her journey –

– and if you’ve got ten minutes it’s definitely worth the watch.

Here she is, in her own words. You can find more of Madelyn (and her kickass podcast, which I was just recorded for last night) @ MaddyMoon.com.

The following story generally rings true for many people, which is why I’m such an open book in regards to my food and body issues growing up. Nobody is alone in this battle and there is most definitely a solution just waiting to be discovered. I am so glad I can now share my discovery of that solution.

I started my food obsession, body shaming, and negative self-worth at a really young age. When I was about 15 years old I watched a television show that warned against the dangers of anorexia, bulimia and the likes. Even though it warned against the tragic habit, it was the first time I had really heard about eating disorders and it stuck in my head as something to try out later and see what happened.

I started the cycle as a vegetarian, mostly for animal rights, but it eventually turned into a weight control practice. I then realized I wanted the body of a fitness model and physique competitor, so I switched over to the meat eating clan and began to eat like a bodybuilder AKA six meals a day, every three hours, no salt, no fruit, everything had to be weighed and measured and eaten out of Tupperware. Soon enough, getting my body fat pinched every weekend was a typical activity, as well as my hour-long cardio sessions in the morning paired with lifting sessions in the evening. Amidst this loveless, foodless, deprived life, I was starting to become addicted to seeing my body transform. As the body fat melted off, my self-esteem skyrocketed. As my butt got rounder, my smile got larger.

After hitting the stage for my first and even second fitness competition, I gained a little weight back and returned to my average size. In fact, I was much stronger, healthier, happier, and fuller (physically and emotionally) but less toned. Womp, womp. The psychological struggles continued. I loathed my lack of leanness, I hated my distorted body image and I still measured and weighed my food in attempt to create that perfect body again.

Soon enough I discovered paleo after receiving a book to review for my blog, and then again, when a friend told me how awesome the “diet” had been for him. I became really interested and really involved in the community, where I met many people who taught me to love myself no matter what. Though this is easier said than done, after extreme commitment, positive affirmation, journaling, getting a dog, and moving states (not necessarily because of my body image struggles but it certainly didn’t hurt), I finally found something deep inside of me that was dying to come out.

Not just physical strength but emotional strength. I developed the strength to challenge social norms and to decide for myself what I think “beautiful” really means. In the end, I decided beautiful means life. It means coffee in bed on a Sunday morning. It means an extra spoonful of peanut butter just because. It means going four wheeling or boating whenever I want, because I no longer have to worry about bringing Tupperware meals. Last but not least, it means being able to tell myself “it’s okay” to not work out when I don’t feel like it. It’s okay to put family and friends FIRST before the gym and bulk cooking. It’s okay. Why? Because I’m already beautiful.

When I first discovered paleo, I went the strictest route. I basically did a Whole30 but for four months. I became too rigid and decided that wasn’t the healthiest for me, personally. I even discovered I have no allergies to gluten, dairy, beans or grains. While that’s kind of cool, I didn’t go crazy on eating them because as I listened to my body, I discovered those foods don’t necessarily make me feel optimal energy.

Truthfully, I rarely eat gluten or legumes by choice because they don’t make me the best version of myself. Dairy on the other hand makes me feel like a rock star.

So I make it work for me. Paleo has allowed me to find the best version of myself by helping me realize what makes me feel best, inside and out.

There are no meal plans, no food scales, no body fat pinchers, no tiny swimsuits hanging on my “inspiration wall” and certainly no sports-bra and spandex clad photo shoots in my near future.

I’m so excited to now have the “Madelyn Moon Diet” and nothing else. And more than just the diet aspect, I now live a much more minimalistic life. I try to keep my household minimalistic, as well as my face (less is more, ladies) and even my workouts!

The people I have met in the paleo community have literally changed my life in every aspect. I could name you ten people right now that have impacted me in some way or another and have brought me to tears from their support and generosity.

I am in no way exactly where I want to be in terms of body image and my relationship with food, but I am much farther in my journey than where I started. I have come incredibly far in all actuality, and as long as I remember to keep up the self-love and acceptance, I will be in the best “shape” of my life (possibly literally, but that one is more metaphorically).

Because I wanted to share how I’ve learned to retrain my brain into loving my body just the way it is, as well as block out all of the lean body fitness fluff, I created an eCourse that guides readers step by step on how to do exactly that.  My goal with the course is to give you small, easily implemented changes you can make every day that will eventually lead you into non-negotiable self-love and body acceptance.

Lastly, I wanted to further share my passion for the ever-so-important mind body relationship by creating a podcast, called Mind Body Musings. The podcast features various guests that are well-known in the fitness industry who share their stories, theories, research and knowledge with us so that we can all better understand our bodies and brains. The podcast can be found on iTunes here, or you can go to my website here for the direct download links.

I also provide a free audioguide 4 Pillars of Femininity for Perfections, here.

A big thank you to Stefani for letting me share my story with you today. Stay tuned for this story to be published in The Paleo Miracle 2 as well, along with many other inspirational mind body strengthening stories.

I hope you enjoy any newfound insight you learn from these two tools and further develop your own strength, beauty and self-love. 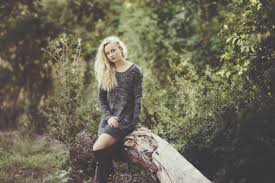 
Note - some links above may contain affiliate links. You don't pay more, but we get a small cut to help keep this organization running. It's tough to balance ethics with the need to stay alive. Thank you for your patience and understanding!
.
Tweet
Share32
Pin3
Share1
35 Shares