Delaying infertility and menopause: how can you, and does the paleo diet help? 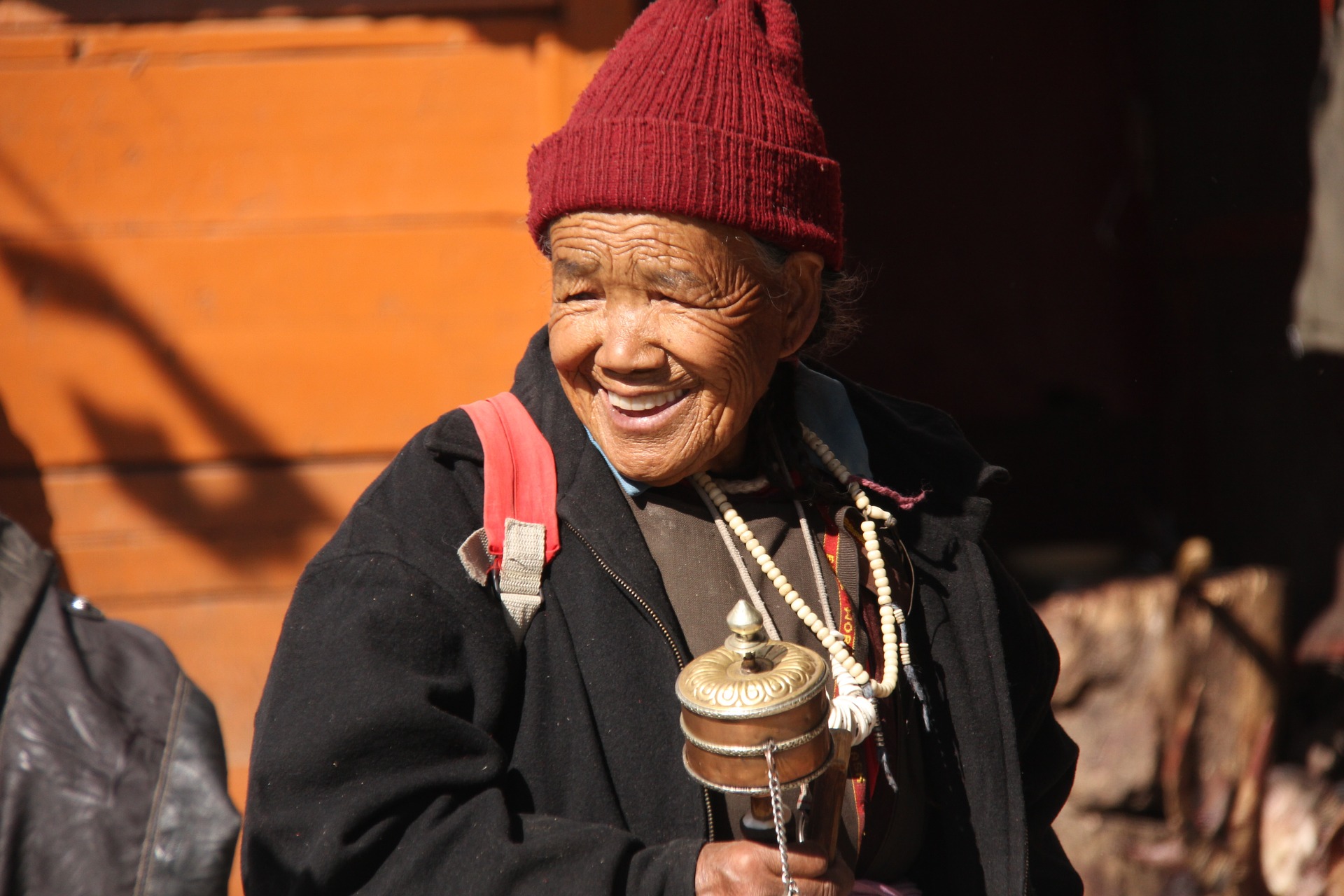 Menopause is inevitable.  It happens to every person near 50 years of age, and nothing we do short of serious medical intervention will ever stop it.   The body has supremely intelligent biological clocks in it.  When the time comes to stop, it stops.

Yet through experimentation with serious medical interventions, we have learned more and more about the precise nature of that clock.    We have known for some time that estrogen supplements mitigate menopause symptoms.  This is because menopause is largely tied to decreases in estrogen levels, and most of menopause’s irritances such as hot flashes come from having low estrogen levels.    Yet what causes the clock to spring and estrogen to decrease in the first place?

Scientists have recently begun exploring a method of feritlity extension that deals primarily with ovarian implants.   Surgeons can now surgically extract tissue from a woman’s ovaries in her twenties or early thirties, and then re-insert slices of it at regular intervals in later life.  What this does is it keeps the ovarian tissue pumping estrogen.    While sounding vastly unnatural, this is actually a better and more natural method of menopause delay than estrogen supplementation.  This is for two reasons: 1) the estrogen is completely natural, produced by your own body, and 2) this method actually prolongs fertility in addition to acting as a bandaid to symptoms, which is the only thing estrogen supplementation can do.

These experiments have demonstrated that it is the state of tissue health and egg availability that determines the onset of menopause.

The female body starts off with around two million eggs.  By puberty, this number has decreased to 300,000 eggs.    It then releases these eggs slowly over time, with each menstrual cycle.   Usually in the mid-thirties, women’s fertility naturally decreases.  By age 35, 5 percent of women are already infertile.    This means that fertility drops off before menopause symptoms set in, a stage called perimenopause.   This is important for all women thinking about having children into their later 30s and 40s to take note of.   Menopause symptoms might not settle in until until your 50s, but perimenopause can be a significant reality by 35.

Factors that accelerate ovarian aging include…

Smoking (by about two years)

A vegetarian diet  (by about two years)

That’s right!  According even to conventional wisdom, vegetarian diets are linked to increased ovarian aging at nearly the same rate as smoking!   No one knows precisely why, though it may have to do with nutrient status, with fiber content of the diet (high fiber can decrease estrogen levels), soy intake, or correlations with restrictive behavior.   None of these ideas are proven– they’re just hypotheses I am posing.

Shortening menstrual cycles and decreasing the age of and amount of time a woman spends pregnant ages the ovaries because it makes them work longer and harder throughout life.  Having a shorter menstraul cycle increases the amount of eggs released over time.   This accelerates the onset of both perimenopause and menopause.

Factors that delay ovarian aging include…

All of these factors act in contrast to those listed above.  They promote  longer menstrual cycles and/or a decreased amount of menstrual cycles, which means they can decrease the amount of eggs released over a lifetime.  This both prolongs fertility and postpones menopausal symptoms.

Factors that have unknown effects

Age of menarche (onset of puberty)

All of these questions are exacerbated by the fact that we’re looking at two slightly different phenomena.  Perimenopause is the onset of infertility characterized by decreased egg production and fluctuated estrogen levels.   Menopause is the cessation of menstruation characterized by very low estrogen levels and almost entirely absent egg production.

Postponing perimenopause requires optimizing the health of your ovaries, preserving eggs, and decreasing amount of menstruation enacted throughout a lifetime.  This means it is entirely possible that having a condition such as hypothalamic amenorrhea–which halts egg production–early in life will delay perimenopause, presuming that the woman has recovered between then and now.     The effect that PCOS might have on this is tricky because each woman is individual.  Some women might still produce a lot of eggs with PCOS, but others might not.

One this we do know with absolute certainty, however, is that increased health, stabilized hormone balance, and decreased stress are all key players in postponing perimenopause.

Yet, again, those are uncertain phenomena, and no one knows the precise effects of PCOS, hypothalamic amenorrhea, or endometriosis on menopause.  What is certain is that optimized health, reduced stress load, having happy adrenal glands and a normal range of body fatness are all significant boosts to menopausal wellness.

So does the paleo diet help?

Yes.  Being happy and healthy seems to be the best way to simultaneously delay perimenopause and menopause.  The paleo diet is also supremely good for hormone balance, for healthy egg development, and for a regular and fertile menstrual cycle.    This is because a diet built around evolutionary foods evades the insulin-poisoning effects of high calorie, high sugar, and inflammatory meals.   It avoids soy, which is complicated, but can be definitively detrimental to fertility status.  It decreases the risk for reproductive diseases such as PCOS, endometriosis, and hypothalamic amenorrhea, as well as metabolic and autoimmune diseases such as diabetes and celiac.  And it is finally because paleo foods maximize nutrient status, which is necessary for reproductive success (for example, without sufficient calcium and vitamin D, a woman’s eggs will never full develop).

Stress reduction and play are also crucial.  I consider these a part of the evolutionary framework–what does my body demand of me?  Yes, it does demand laughter– so we can throw that on top of the paleo wagon as well.

All of which is to say that a wide variety of factors influence the onsets of perimenopause and menopause.   But the specific health- and reproduction- enhancing and balancing effects of a paleo diet are a serious help.   No studies have come out so far as I can tell that deal with whether or not the average ages of these events have changed in recent years.  I wouldn’t be surprised at all, however, if in coming decades we find out that the landscape of menopause and perimenopause shifts along with the rapid decline in public health. 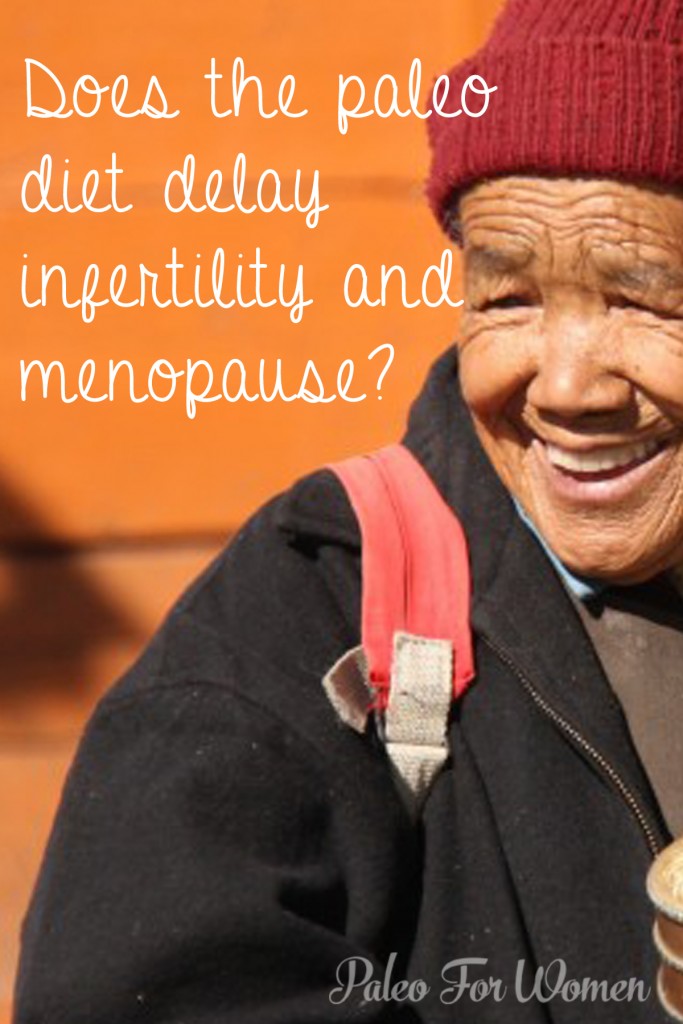 Note - some links above may contain affiliate links. You don't pay more, but we get a small cut to help keep this organization running. It's tough to balance ethics with the need to stay alive. Thank you for your patience and understanding!
.
Tweet3
Share128
Pin105
Share
236 Shares