Are you Iron Deficient? 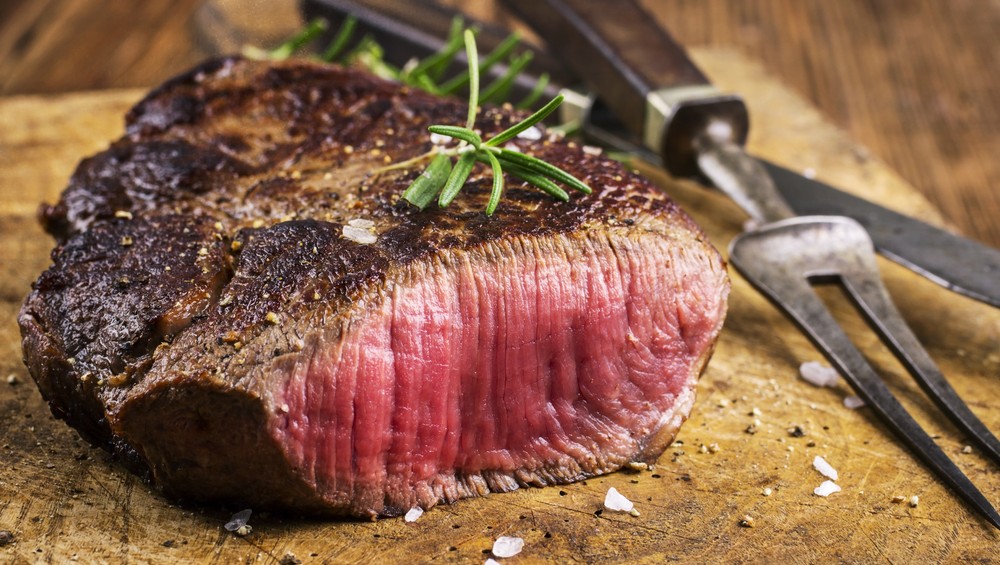 Fatigue is one of the most common complaints I get from clients.

There are a lot of different things that can contribute to this. Poor sleep is obviously at the top of the list. Hypothyroidism often plays a role. So do vitamin D insufficiency, adrenal dysregulation, neurotransmitter imbalance, and dysregulated Circadian Rhythms.

Yet one cause of fatigue is rarely discussed – yet super common! It affects nearly 1 in 7 women worldwide… that’s one billion women!

It’s simple, too, and easy to fix, if you have access to good food. It’s iron deficiency.

Iron is an incredibly important mineral in the body.

Iron is a part of many enzymes. Enzymes help the body digest foods and also help with many other important reactions. Iron also plays many crucial roles in cell functionality. This affects many systems in the body, from the muslces to the organs, and to the brain.

Iron deficiency can delay motor function in infants, can increase the risk of giving birth to small, pre-term babies, and can affect memory and other mental functions in adults.

Yet most importantly, iron is the key player in the formation of hemoglobin. Hemoglobin carries oxygen from the lungs to the rest of the body. Without sufficient iron, cells literally asphyxiate themselves. They don’t have enough energy to work. This is called iron-deficiency anemia.

Cells need two things to function: glucose, and oxygen. If they don’t get oxygen because the hemoglobin supply is low, they are in for a lot of trouble.

There are many symptoms of iron-deficiency anemia, though they are all related, and signal cellular distress and a lack of energy. They are:

-Cravings for non-nutritive substances like dirt, sand, ice, flour, or starch (this becomes more common the more severe the anemia)

Iron deficiency is the most common deficiency in women. Worldwide it affects 1 in 7 women. 1 in 7!! That’s an extraordinarily high number. These numbers are skewed towards women with limited nutrition, particularly those who live in poverty and/or have limited access to animal sources. Nevertheless iron deficiency persists as a very real and robust problem in well-fed nations like the United States.

Why is iron deficiency so common in women?

Vegetarianism may have something to do with it. There are 140% more female vegetarians than males, and vegetarian diets are very low in iron. However, there are male vegetarians who are not anemic at the same rate as women.

The most important factor in iron-deficiency anemia is menstruation. The more blood you lose on a regular basis, the less iron you have in your body. Each day of bleeding depletes iron stores by approximately 1 mg.

This increases the female need for iron compared to males by 200%. Men need 8 mg of iron a day. Due to menstruation, the recommended dose for women is 18 mg. If pregnant, that number skyrockets up to 27.

Many people think that since they are paleo and eat meat they are off the hook. This is not true! It is important to consume iron, yes, but there are causes of iron-deficiency anemia other than vegetarianism. They are:

–A history of being on a vegetarian or vegan diet, especially within the last twelve months

–Focusing on fish, eggs, or poultry for protein and ignoring red meat, which is higher in iron

–Getting insufficient iron-containing protein. You should eat at very minimum 50 grams of animal protein a day.

–Having a regular, and especially if heavy, menstrual cycle. (Having to change tampons / pads / cups a few times a day is “heavy”)

–Being pregnant, or having been pregnant.

–Slow, chronic blood loss within the body — such as from a peptic ulcer, a hernia, a colon polyp or colorectal cancer. Chronic aspirin use can cause gastrointestinal bleeding.

–Uterine fibroids, cysts, and other potential sources of internal bleeding in the female reproductive system.

–Donating blood on a regular basis.

–Under-eating, counting calories, restrictive eating. All of these things limit the amount of nutrients and iron your body gets!

Anemia is complicated. There are many things that can contribute to it and cause it – iron deficiency is not the only one.

Therefore what you need to look for is both anemia as well as iron-deficiency.

So you can test for iron in the blood. That will be low.

Additionally, to indicate anemia, jemoglobin, hematocrit, and red blood cell count will also likely be on the low end. Ferritin, the form of iron that can be stored in the body, if low will indicate that there’s a low amount of iron in storage. You may not test low in each of those four indicators based on your own personal physiology and problem, but at least one of them will be deficient if anemia is a problem.

Finally, if anemic, blood cells will be small and variable in shape. Healthy red blood cells are uniform in shape and nice and robust.

Replenishing iron stores can take a long time – up to several months of regularly consuming iron-rich foods or supplementing. Of course I recomend the food path, but there are also some excellent supplements.

You may wish to consider taking these supplements if anemic. You may also want to do so if pregnant, even if there is sufficient iron in your diet. There really is such an incredible need for iron while pregnant.

This is my favorite iron supplement:

Proferrin’s Iron. It’s iron in the polypeptide form. It’s absorbable and usable by the body, unlike some other supplements which are metallic and less useful for the body.

As for food, the best sources of iron are all animal products, since they contain heme iron. Heme iron is more bioavailable to your body than iron found in plants, because it’s already in a form friendly to animal cells. Heme iron is in fact approximately 250% more effective than non heme iron. Meat, fish, shellfish, organ meats, and poultry are all excellent sources of heme iron.

Consume at minimum 50 grams, 8oz, or 1/2 pound of heme-iron (red meat and organs are best) containing foods every day. I recommend shooting actually for 100 grams.

Second to heme iron, you can also get iron from leafy greens and beans. If you do choose the vegetarian or vegetable-heavy path, make sure to consume lots of vitamin C with your greens. Non-heme iron absorption increases in the presence of vitamin C. 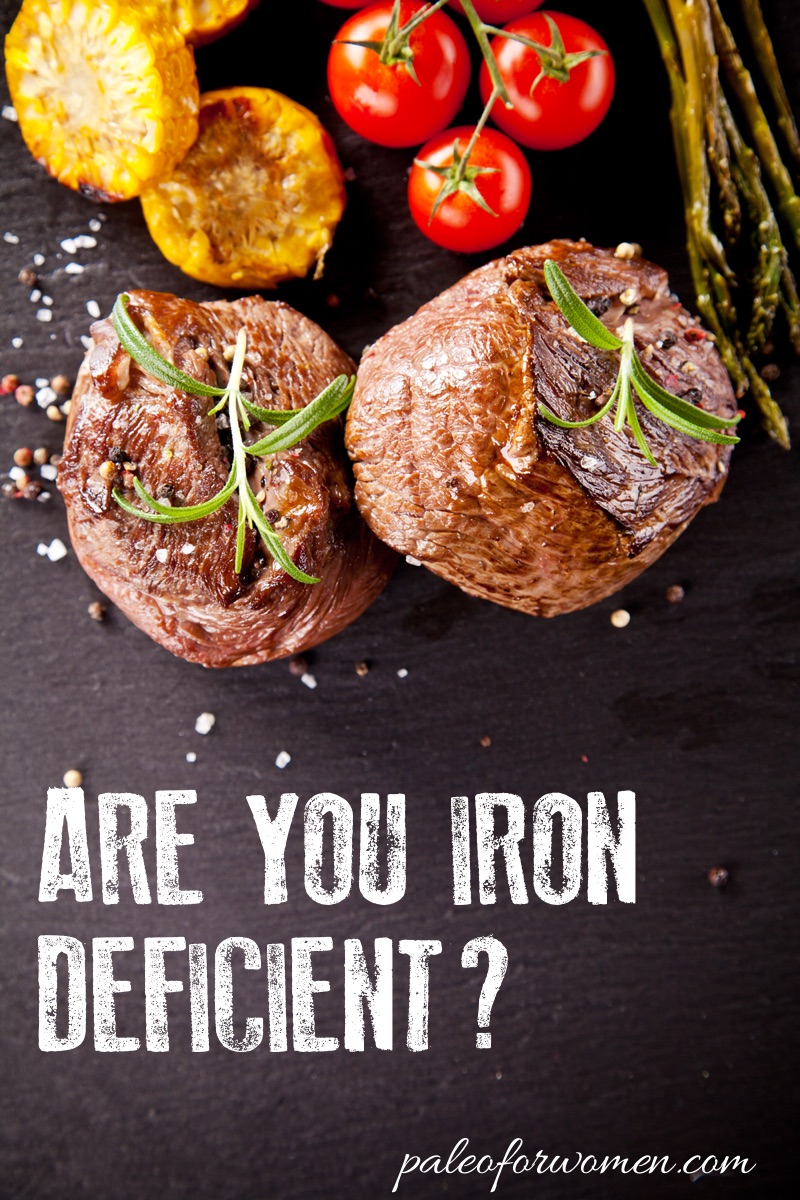 Note - some links above may contain affiliate links. You don't pay more, but we get a small cut to help keep this organization running. It's tough to balance ethics with the need to stay alive. Thank you for your patience and understanding!
.
Tweet12
Share198
Pin67
Share
277 Shares